I finally worked up the courage to cut Gareth's hair myself. But not with scissors - just with the razor. So now, even though I used one of the longest guides, it's super short and he kinda looks bald: 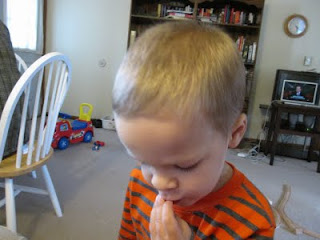 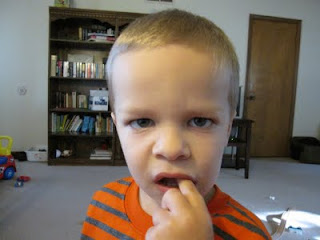 Ryan's fine with it, but I think I like it a bit longer. So maybe, since Gareth was so patient and good for this cut, next time I'll try to do it with scissors. If it turns out horribly he'll end up with this cut again.

Our neighbor was awesome and took some pictures of our family this past weekend. We got some really good shots, but then Gareth decided he's rather run around, so that brought the photo shoot to an abrupt end. I'll post a few once I get some time on the other computer, which is where they are.
Posted by Erin at 11:18 AM 3 comments: