Afternoon at the Park

We've had such nice weather lately that we decided to head to the park with some friends after school today. It was a bit crazy trying to get there since we had another friend with us and had to get home from school and pack up water and snacks before heading out again in the car and then we ran into traffic from construction, but we made it. And were so glad we did! It was gorgeous weather and there was almost no one else at the park. If only we had discovered weeks ago how empty the park would be in the after-school hours!

We ended up with 6 boys in our little group and they all had a great time. They ran around the playground for a bit and Malcolm came across another 2 year old who he mostly tried to ignore and looked at rather warily when the other kid tried to interact with him. Apparently kids his own age are pretty threatening, while 7 and 8 year olds are totally awesome to hang out with.

One of my friends took some pictures while we were doing a short hike up the hill and of Malcolm sliding down the salmon slide (salmon are a big deal here). They're a bit dark on the shady hike, but here they are anyway: 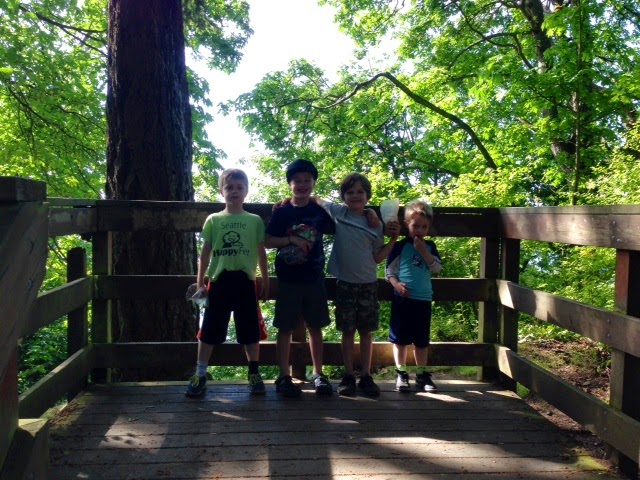 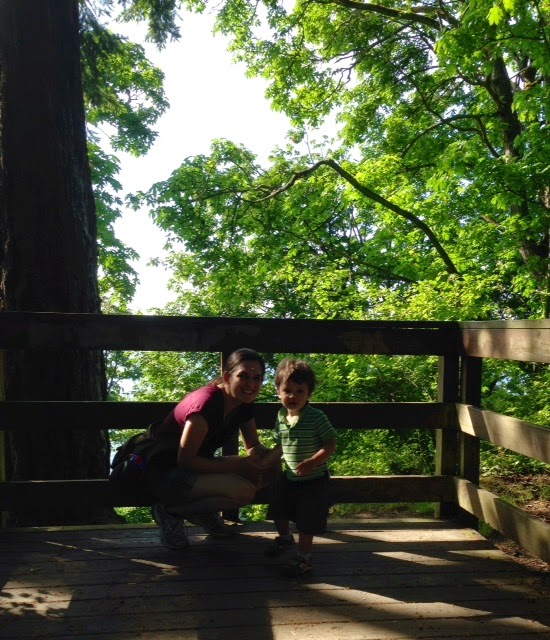 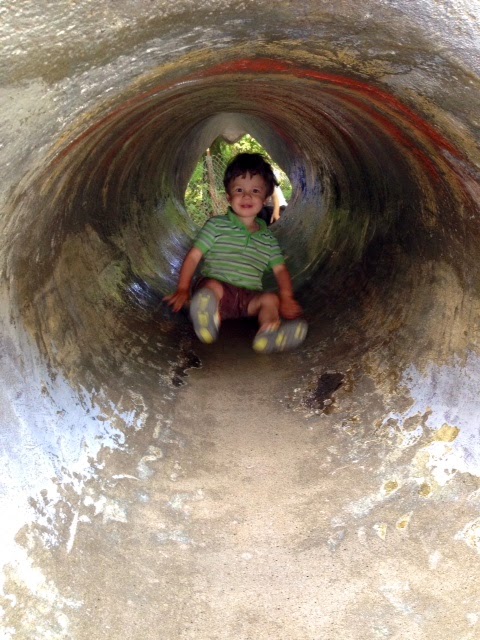 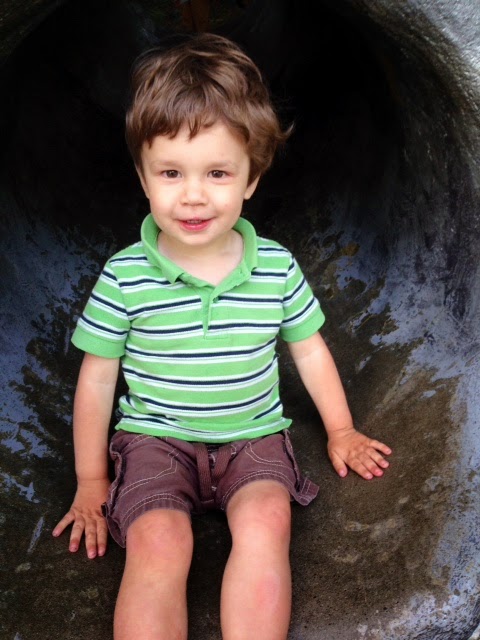 Malcolm loved the slides today. He's been in this weird mood with slides lately where he seems to want to do them and then gets up to them and is scared and won't do it anymore. But not today. He was incredibly sad when it was time to leave - as was I. It's hard to go home when we get beautiful days like this and the kids are having a great time. It definitely got me in the mood to plan some summer fun for once school is over in a couple of weeks.
Posted by Erin at 8:53 PM