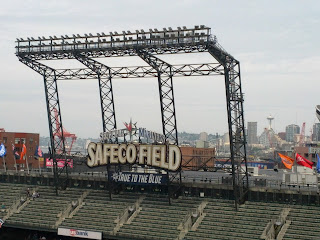 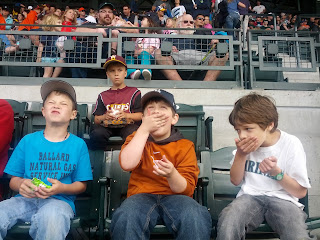 In all honesty, I don't blame them for not paying much attention to the game this year. It was a pretty slow-moving game. Pitchers were taking forever between pitches, they changed the pitcher just about every inning, and not a whole lot was happening. We left after the 9th inning - they were tied 3-3 and had to go 12 innings before the Mariners lost by allowing another 3 runs. I saw a tweet later that mentioned how people complain about soccer being slow but the Sounders started after the Mariners and left with a 2-1 win before the Mariners were done.
Posted by Erin at 7:19 PM