We spent the last week of break doing more hanging out and relaxing. Got Gareth together with some friends. Went out for our annual winter break breakfast. That kind of thing. I went to see Fences, which was excellent. I'd love to see a stage production of it some day. 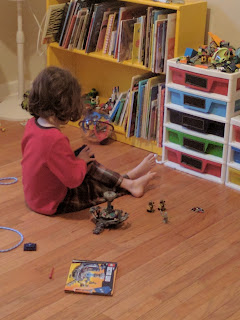 Mal enjoyed playing with Gareth's new Dr. Who set. He makes all the appropriate sound effects for the Tardis, which is awesome. Now we've got a couple Tardis sets, which I'm hopeful will help the kids stop fighting over the one we already had (technically both are Gareth's, but Mal adores them). 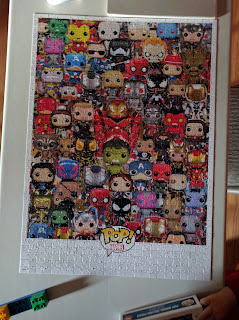 We did the puzzle Gareth got for Christmas. It turned out more difficult than I initially expected because there are Marvel characters in the background as well. Gareth helped me sort the pieces and put the edge together and put together all of the Groots, but Ryan and I did most of the work on the puzzle. 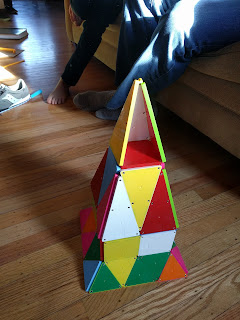 Gareth built a "masterpiece" with the magnatiles.

And we made our New Year's gingerbread house. Didn't actually put it together until the last day of break, but the kids didn't seem to care that it was delayed. I learned that trying to make frosting designs on the roof is best done before any candy gets put on. 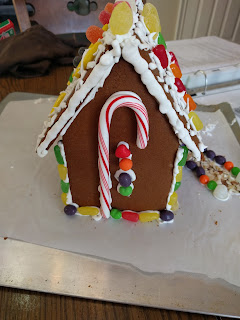 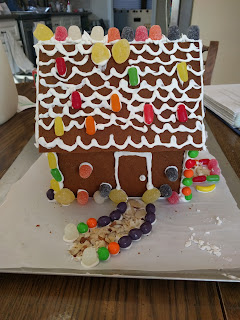 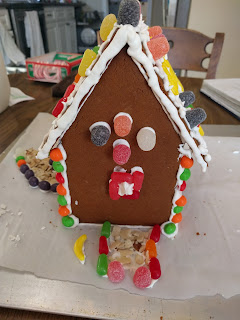 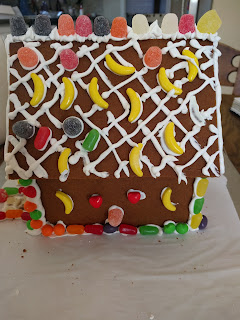 It took me a while to come back and read your blog posts. I'm so glad you and the kids enjoyed Christmas. That puzzle looks so interesting, I would have enjoyed doing it with you. Thanks so much for continuing to share in these wonderful posts!