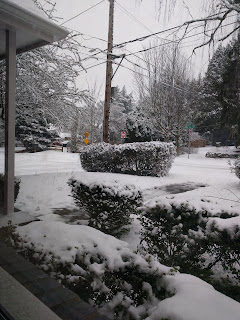 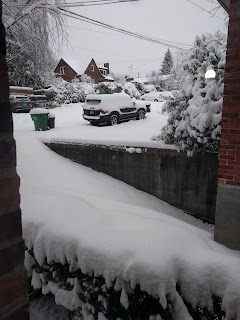 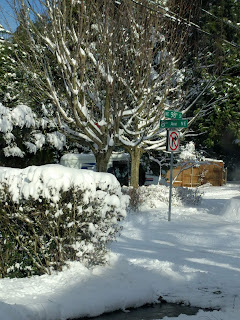 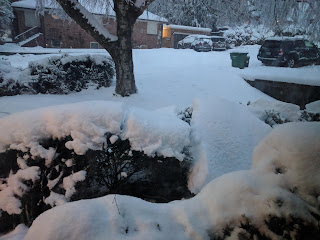 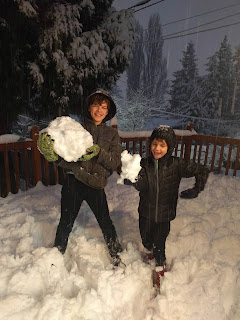 At this point, that initial snowstorm two weeks ago feels like a distant memory from months ago. Which might sound overly dramatic when you live somewhere that's flat and/or gets (and therefore is prepared for) more than an inch or two of snow each year. Apparently this is a once in 50 year type event for our region and I'm hoping it stays that way!
Posted by Erin at 9:36 PM

That is pretty amazing! Daniel told me the hardest part for him was not being able to get to his girlfriend's place to visit. "Do any Uber drivers have snow tires?" Not likely.

Your family will always remember these two weeks of snow!

I've been hearing about all this from my sisters, but seeing it all put down here in one place (as opposed to spread out among texts as it happens) really makes it SO much more impressive! Hope you've kept power throughout all this!

We did keep power! Everyone around us lost it for a few hours, but for some reason our sliver of the neighborhood (about 1 block east-west and 8-10 blocks north-south) doesn't seem to lose power when everyone else does - which I'm certainly not going to complain about!