We had a rather relaxing Memorial Day weekend, assisted by track season being over and Little League being on break for the holiday. Spent a little time outside, had nice weather, played some video games together, etc. Mal requested steak (and by steak he meant filet mignon). I was thinking more along the lines of burgers. When I went to the store the day before, I grabbed the fixings for burgers, but also checked to see what else they had on sale and got a couple pork tenderloin for a good price. The next day, both kids opted for the tenderloin, so I butterflied it, whipped up a marinade, and let it sit for a few hours before grilling. Threw together some watermelon, honeydew (it was actually good - picking out honeydew is always so hard), and broccoli to go with it. 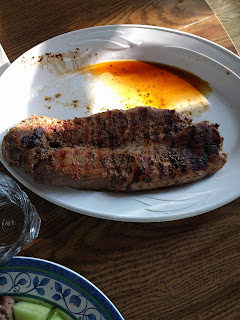 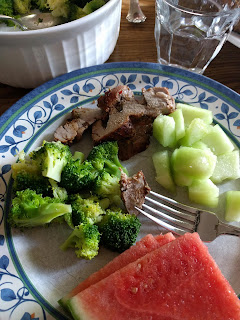 It was delicious - butterflying made the pork look a little funny, but everyone was a fan of how the flavor was spread through the meat, even with only a few hours to sit in the marinade. Despite all the side dishes, there was only 1/3 of one tenderloin left; it's going to be rough to do dishes like this as the kids keep growing!

Ryan and I had made baked apples a few days earlier (inspired by Zelda, of course). He had the kids help him make some for dessert. 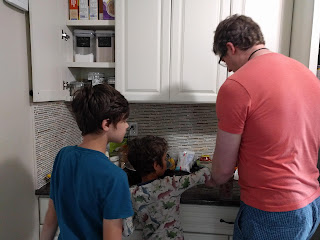 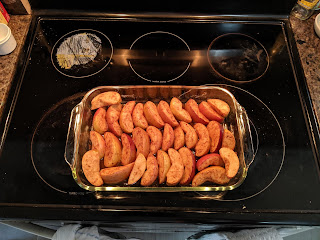 In a burst of organizing energy, I moved the shoe rack (that previously sat under the clothes, so Ryan didn't use it, which meant all his giant shoes sat in front of it, making it more difficult for me to use it) out to a more accessible point. Realized we had a basket of bike stuff sitting there (not getting much use, but very easy to get to!) and we could just swap them. Shoes are much more likely to get put away now, so I'm pretty proud of myself for this simple change. 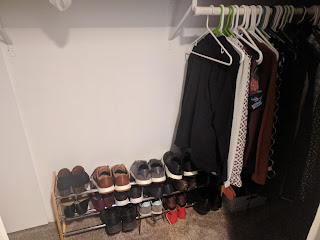 Mal's been asking for fresh-squeezed lemonade for ages. We don't usually have enough lemons around to do that, but when he asked a few days ago I realized that we actually had a bunch from our imperfect box. 4 lemons yielded a decent amount of lemonade (they were quite juicy, so that helped) once you added some sugar and water. Kids enjoyed it over the next few days and it was a simple way to make Mal's day. 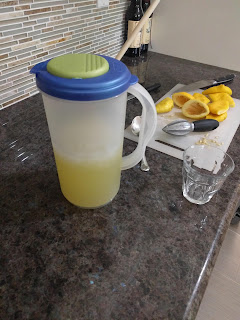 Ryan celebrated a birthday recently; we didn't do much, just went out for dinner and had German chocolate cake. He bought his own birthday gift a couple weeks before the day - a private lesson with Dave Weckl. There was no way I was going to top that, so we decided it wasn't worth trying. And he recently played at an open mic night with some friends he's been practicing with for several months now - so rewarding for him to actually perform.

Because of Snowmageddon, the kids don't get out of school until the very end of June. I'm trying to look at it positively by noting that it saves us a week of summer camp fees. But I still think how they do snow days here is dumb and that the district is even dumber for not allowing up to make them up over mid-winter or spring break. Over the next few weeks we have a lot to keep us busy though - I had my final concerts of the season this past week, we've got a graduation party for a friend's oldest to go to, and Ryan and I have our last play of the season to attend. And at some point in there we need to go berry-picking. I'm hoping July and August will slow down a bit.
Posted by Erin at 8:01 PM