Who Is This Stranger?

Now that school pictures are out of the way, I finally broke down and scheduled a haircut for Gareth: 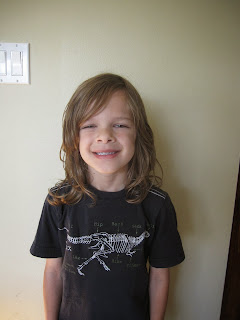 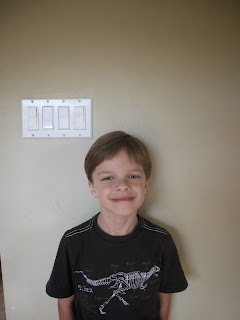 I'm still having a bit of a hard time recognizing him with short hair. It's like some other body came and took over Gareth's mannerisms and voice. He's still a little surprised by it being short himself. A couple weeks ago he said he wanted a mohawk, but I told him that'll have to wait until he's able to be completely responsible for his hair himself - we don't even bother to brush it most mornings, we're certainly not going to maintain a mohawk! It'll be nice for him to not have hair in his face anymore (and for me to not have to listen to complaints about that), and so far he seems very happy with the short cut.

I like it! What a handsome individual he is.