Sometimes it's hard to believe that Malcolm is two already as I revel in his cuteness. Other times, of course, I'm just counting down the days until he's a less annoying age.

I decided we should actually be social and invite some people to our house for Malcolm's birthday. Nothing big, just some snacks and brownies. There are a couple other families with almost-two-year-olds on our street, so we invited them, as well as a couple who moved in a few months ago (she happens to be my second cousin's husband's cousin...or something like that). I didn't remember to take pictures, but Malcolm pretty much just ate the frosting off his brownie this year and then wanted to get back to the important food: the strawberries. The kids played and the adults talked. I think the little party went well and the kids seemed to have fun playing. I was surprised at how well the two year olds all got along, and the 3.5 year olds enjoyed playing with Gareth.

Here's a bit of Malcolm at two:
I forgot to take him to his 2-year appointment so had to reschedule for a few months from now. I guess scheduling an appointment the week of finals wasn't such a great idea. I pretty much mentally skipped from "prep Malcolm's party" to "study for chemistry final". But this way I can get him and Gareth done all at once, so it actually worked out okay. So, growth stats will come in a few months. One last picture - discovering the marble run: 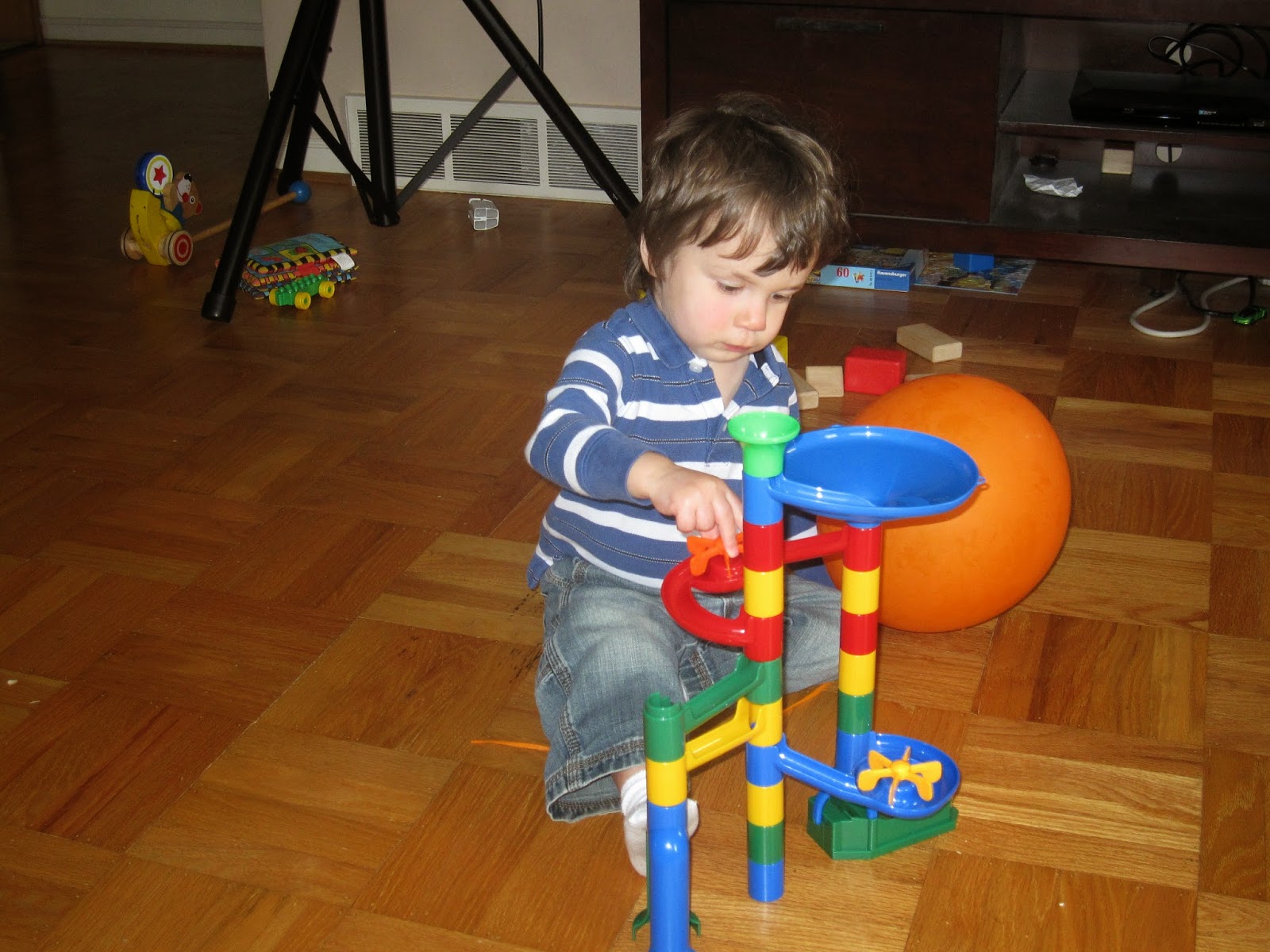 The other day I was trying to remember whether Malcolm was turning one or two. It was so hard for me to admit that it has been two years since Sarah and I visited. It wasn't until I remembered that last March/April we were getting ready for a wedding (not visiting you) that I could accept that Malcolm is two years old.

I sure love that little guy!