Christmas-time is a popular one for haircuts at our house. Gareth had been asking for a few weeks and I figured Malcolm should have one at the same time to avoid snot-hair should he get a cold with a very runny nose this winter.

Malcolm managed not to scream the entire time, and even let me go sit down rather than hold onto my hand through the cut. The woman cutting his hair bribed him with a lollipop; I think he made it through two dum-dums during the cut. He drew the line at blow drying his hair though. Nothing was going to make him let that happen. The stylists were all laughing when she'd ask him something and he'd say, "um, no". Most of his curl got cut off, which makes me sad, but she said that trying to keep it longer just wasn't looking good as she cut. It'll grow again, and I'll probably let it grow from now until Halloween next year, so we'll have plenty of curls again in no time. 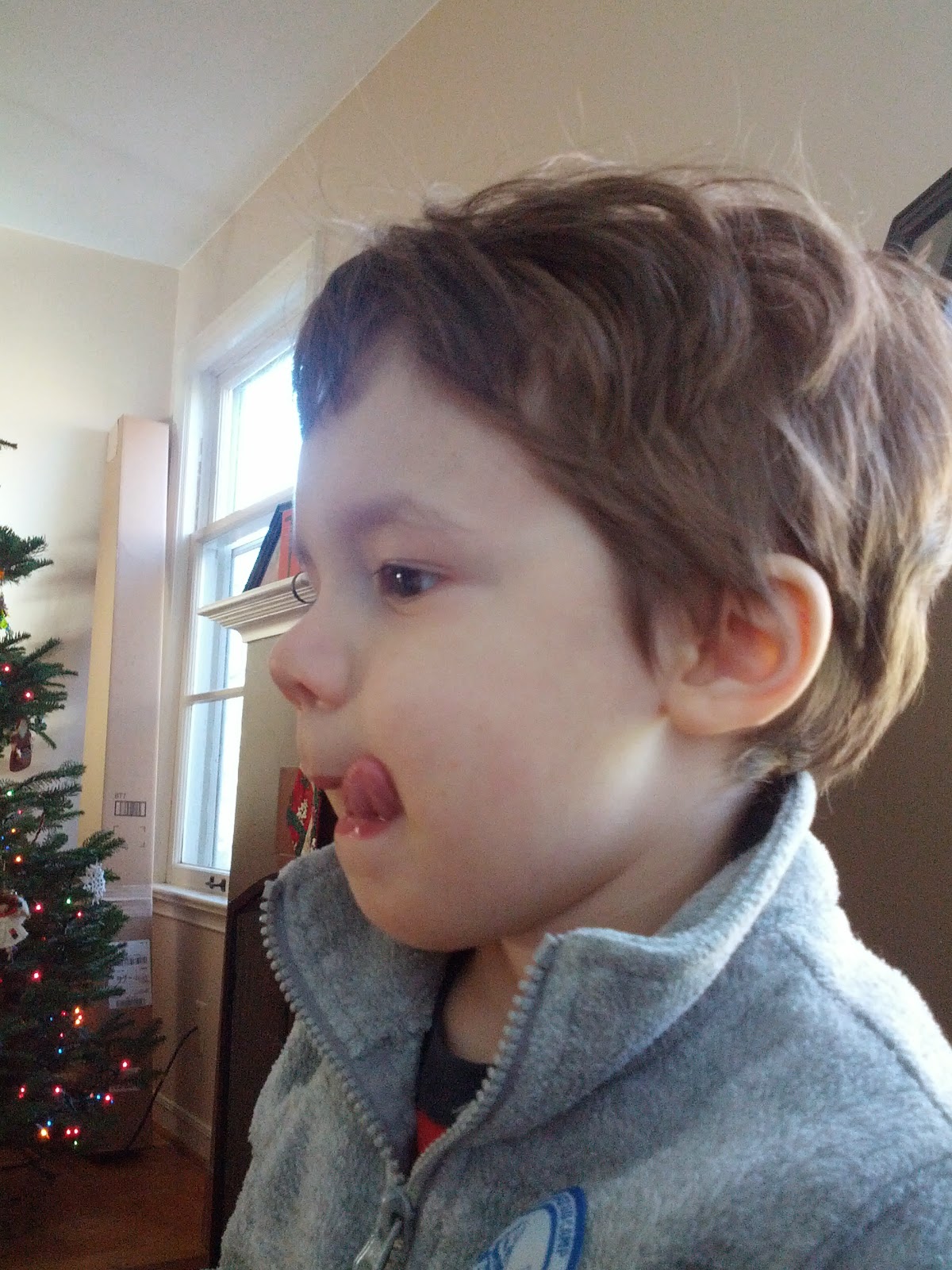 Gareth doesn't look all that much different. He was happily engrossed in figuring out a video game the whole time. He'd spent the whole day looking forward to this moment, partly because he's been banned from video games at home since just before Thanksgiving.