This week my friend and I opted for miles without hills since we'll get plenty of those on Sunday. He showed me the ride to Alki Lighthouse, which I'm hoping to take Gareth on eventually - probably this spring or summer. There's a lot of construction at the waterfront downtown, partly due to Bertha being stuck, partly because of waterfront construction. This makes a chunk of the ride quite messy, but the rest is mostly on trails and lovely.

When you get to West Seattle you get a lovely view of the city: 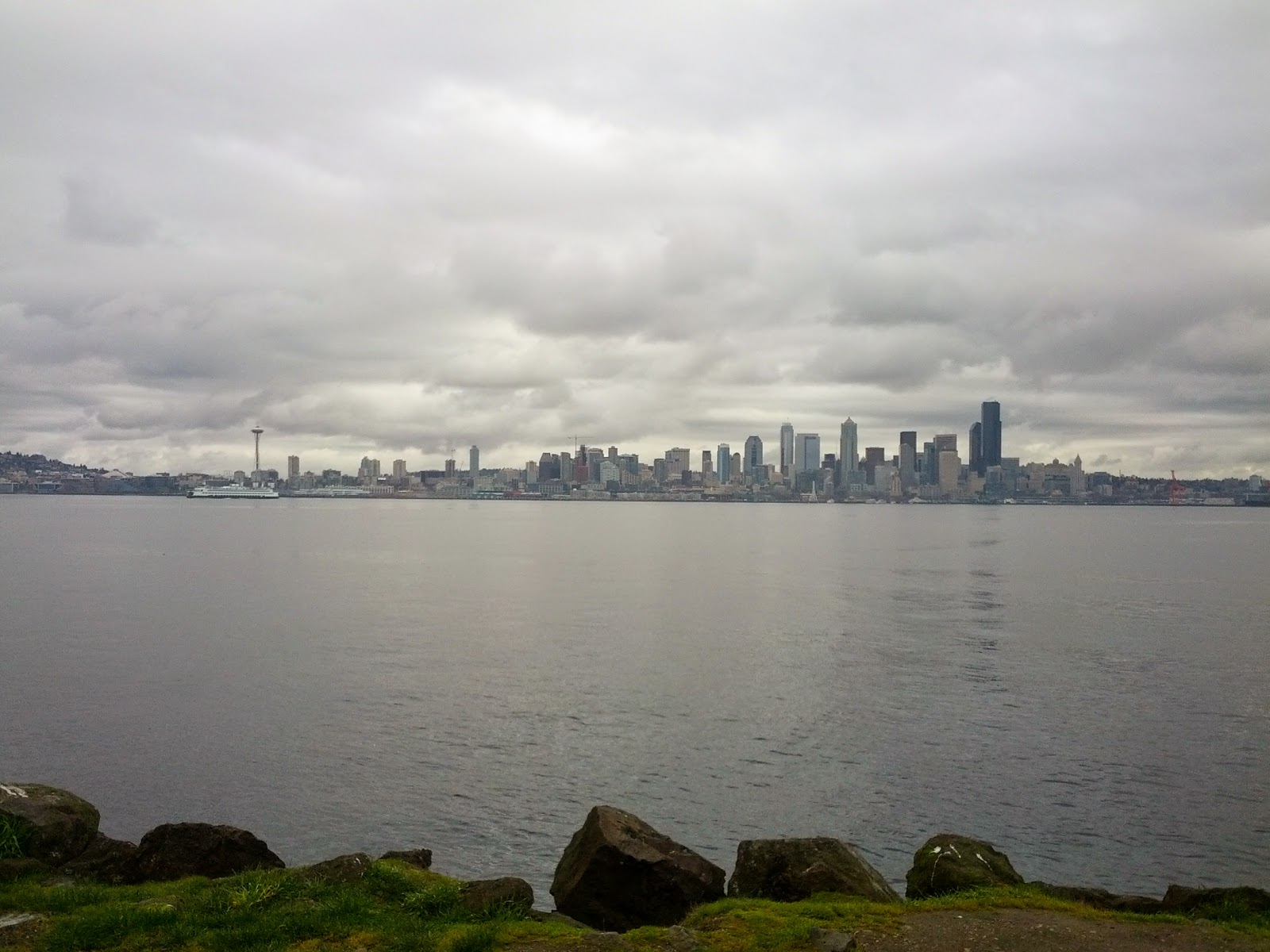 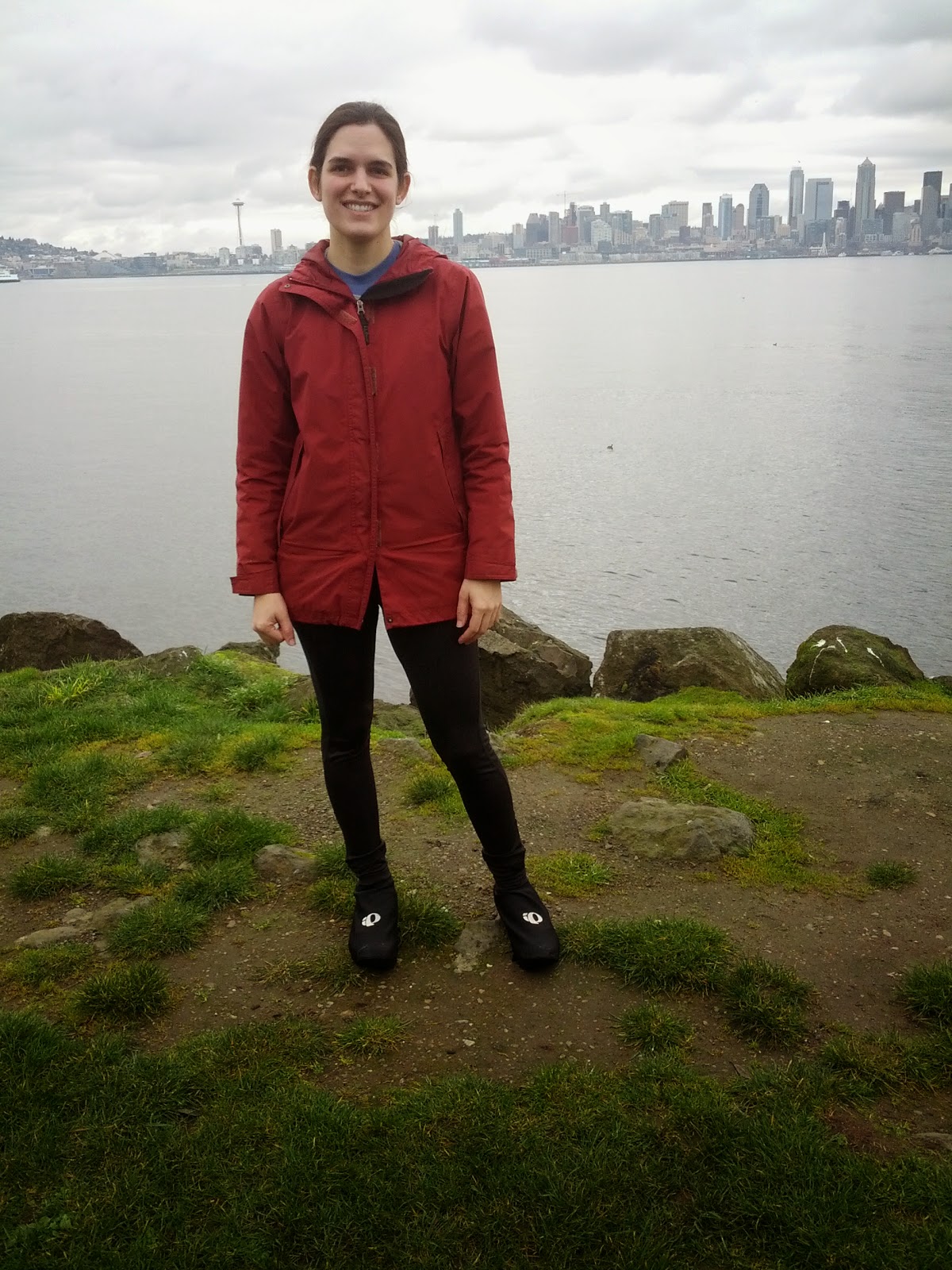 I think this is Alki Beach Park at the point where we were taking these pictures. At any rate, we rode along the park, which you'll know from the movie Sleepless in Seattle (Tom Hanks' character playing with his son on the beach). Malcolm had fallen asleep, so that's why he's not in the pictures. And when I tried to take him out to see the view when he woke up he was very unhappy with me. I'm guessing he has bad memories of the wind a couple weeks ago. Coffee shops = good places to get out, scenic views = bad.

The lighthouse itself is actually a bit anti-climatic. The coast guard operates it and you can't see the lighthouse from the coast guard gate. However, if you ride down a driveway around the corner you can see some of the lighthouse. You can't get any closer than that because it's all gated/private property. I didn't snap a picture of it, but it looks somewhat similar to the West Lighthouse. We made sure to stop for food this time, popping into a Tully's where Malcolm requested a cupcake, I got him a cookie instead, which he wasn't at all happy about, and then he proceeded to eat all the yogurt I had purchased for myself. I'd brought a sandwich along as well, so not a big deal. I was just happy he wasn't screaming in a busy coffee shop.

Then it was an uneventful ride back home. 37 miles round trip. My friend is convinced I'm totally ready for Sunday. I'm less certain.
Posted by Erin at 7:51 PM