Gareth deliberated for weeks over what to do for his birthday. He finally settled on Dr. Who. And for the first time ever I was tempted to go overboard on the theme, because it's so easy to do with Dr. Who. Thankfully he's only made it partway through season two, so there's so much we couldn't do because he hasn't seen those episodes yet (no weeping angels, fish sticks and custard, fez). Honestly, I was tempted to try to convince him to wait another year before having a Dr. Who party just so we could do some of those things. And since none of his friends also watch Dr. Who the challenge was to make the party fun for them as well. So I held back and we stuck with a T.A.R.D.I.S. cake and an Who-related activity.

I saved up boxes and other random recyclables for a couple weeks and each kid got to create their own alien species. So kind of related, but not so much that kids who don't watch the show can't have fun with it. Of course, that activity eventually broke down into making swords and armor out of cardboard. Which I knew would likely happen because the blog I got the idea from apparently had that happen at their party as well. I didn't care, because they were having fun and I had low expectations to begin with. But a couple friends did make creatures, as did Gareth. Here's his creation: 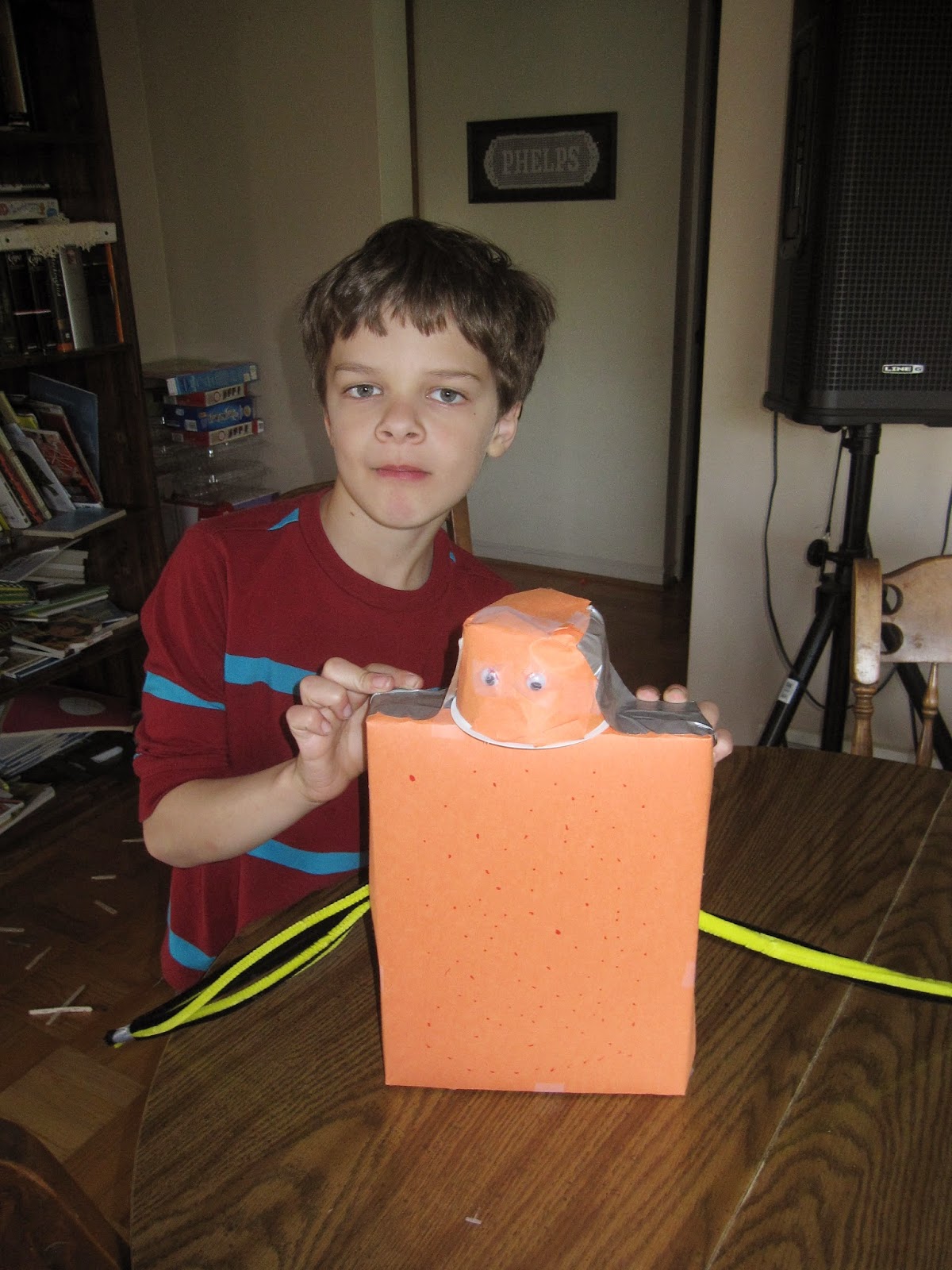 I discovered that the problem with an organized activity is that you might get some kids who don't want to participate. Which doesn't bother me, but it left the couple who didn't just sitting there while the other kids were involved in the activity.

They played with that stuff for a good 40 minutes, which was as much time as I was hoping to get out of it. Then I sent them outside to play while I got the tables cleared off and cake set up. 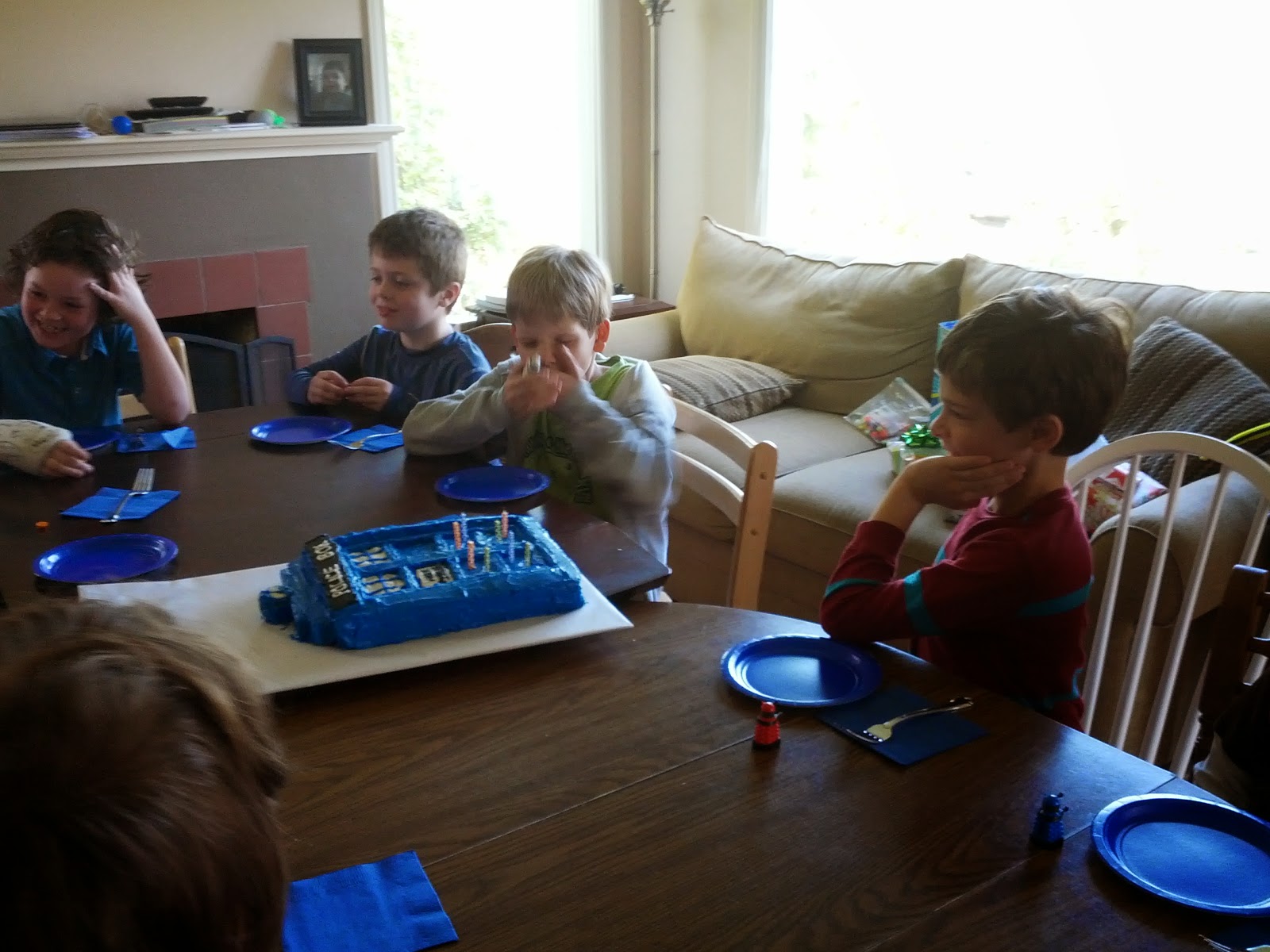 One of his gifts was a pair of bike gloves and sunglasses that he loves wearing: 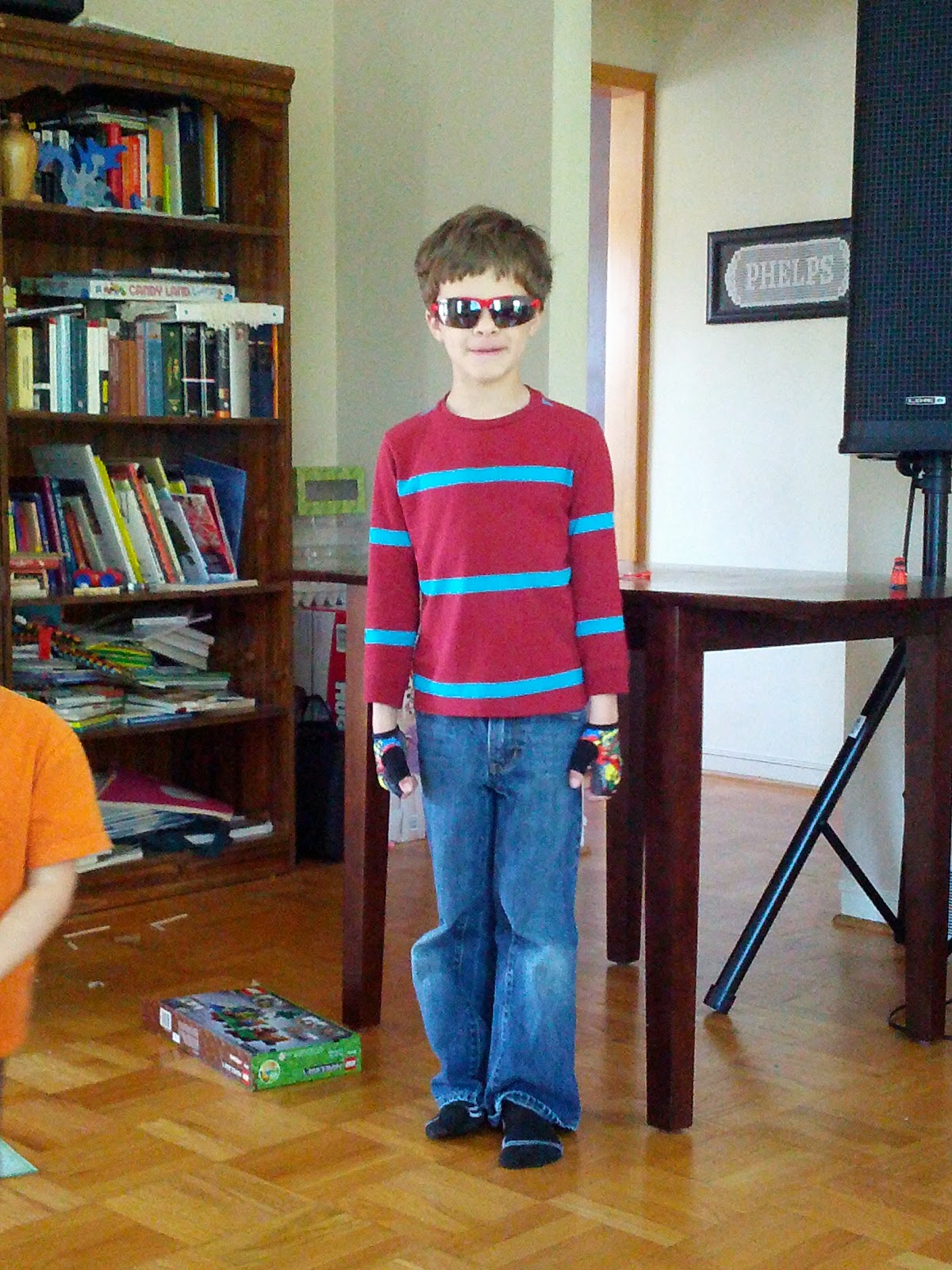 After cake and presents they had time left to play outside again. Malcolm enjoyed running wildly around the yard while the big kids played various games of their own creation involving "pig piling" each other. The nice thing about this age is that they're all more careful about making sure others don't get hurt. 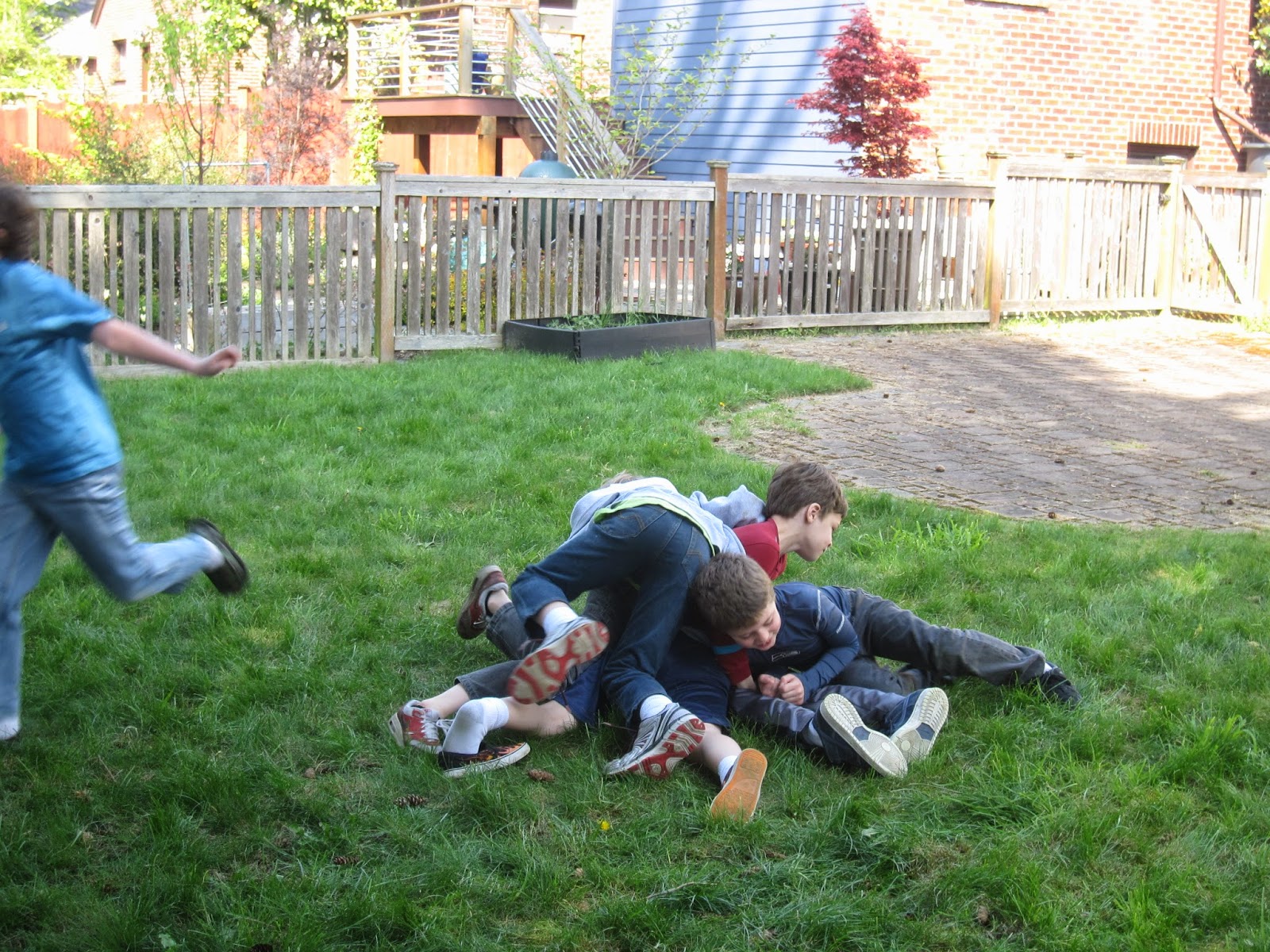 I found some Daleks that are compatible with LEGO to use as a party favor, which we set out next to their plates when we did cake.

The kids seemed to have a good time. It's nice to have a small activity that doesn't require a lot of effort to mix in with free play. Not sure if I'll do similarly next year or not. Or maybe I'll see if I can convince Gareth to go the really easy route of just having a couple friends for a sleepover or a movie or something.
Posted by Erin at 2:24 PM

Rachel wants a Doctor Who party this year as well. She's already done so much planning; her birthday isn't for a few months... :)

How cool, Nancy! I have a feeling that Gareth and Rachel would get along well. :) Good luck with her party!