I baked the cake on Wednesday afternoon. One 9x13 and then split another batter between an 8-inch square and a 9x13 pan. I let those cool and then put the in the freezer overnight. After class on Thursday night I got the cake put together and a crumb coat on. 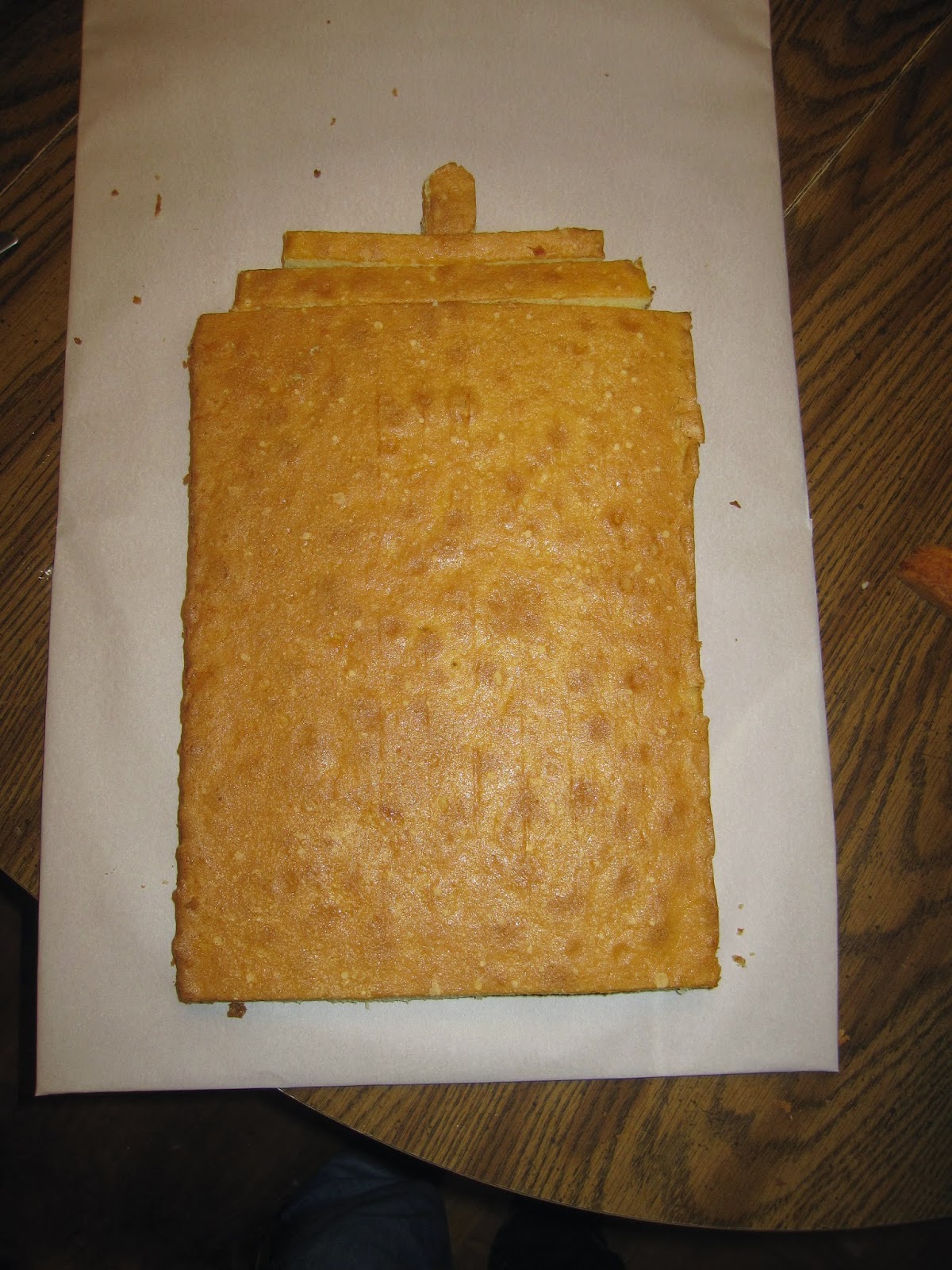 I used the 8-inch cake to make the top of the TARDIS and the half-height 9x13 to add dimension to the main box. I almost forgot the subdivisions on the doors. I was less than sure about my frosting color (TARDIS blue is pretty impossible to get) and the crumb coat was incredibly difficult since I had so many little pieces added on. That took me until midnight, so I was a little stressed going to bed that night thinking about trying to finish the cake the next morning with Malcolm underfoot.

In the morning I decided that the best way to get the cake and the house ready in time would be to let the kids watch something. Gareth put in Star Wars and I was good to go. Thankfully the rest of the frosting didn't take all that long. 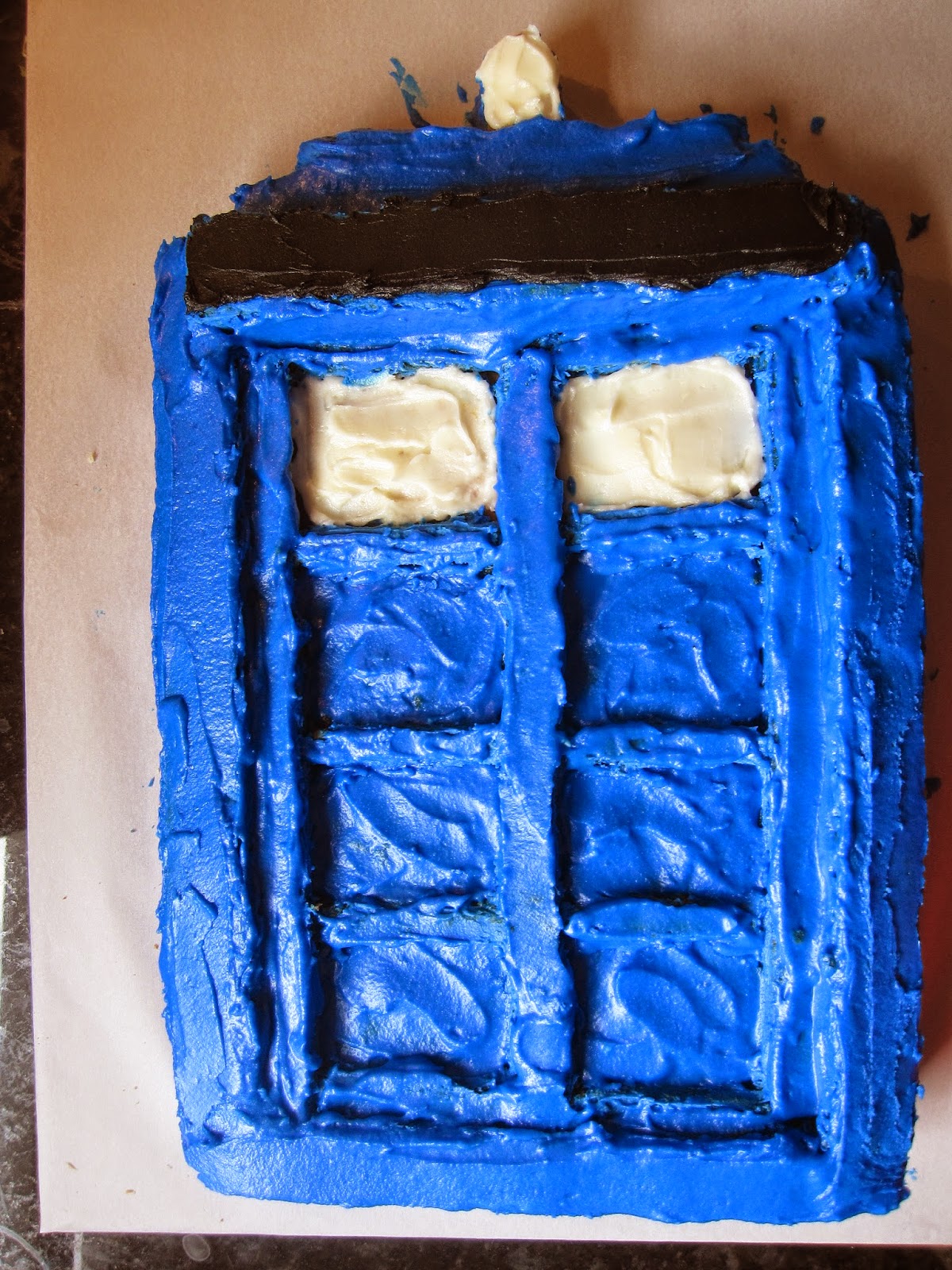 I purchased a black frosting to use. We already had some purchased Betty Crocker brand, but when Gareth and his friend tried to use that one with our ddraig coch cookies it seemed really runny. So I opted for a Wilton, which I could just put my frosting tip on. My tip didn't fit exactly, but it worked well enough. And the Wilton brand frosting was much better than the Betty Crocker. I was nervous doing the lettering as I've never done that before. I was pretty pleased with how it turned out. 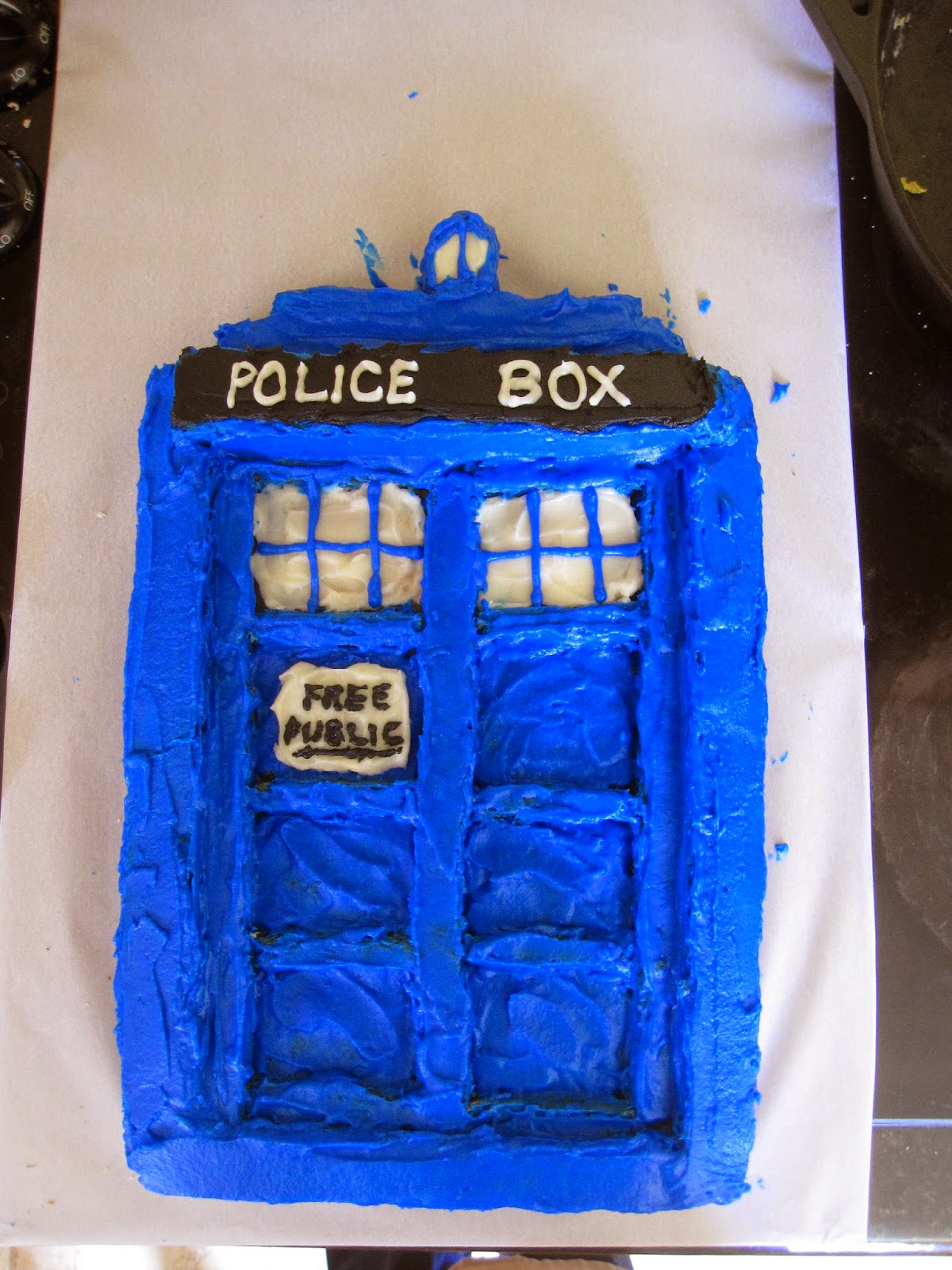 That night for dinner we enjoyed Gareth's favorite: pasta salad. We also had some rolls from our local bakery and some pineapple. Going to the bakery I made the mistake of letting Mal bring his dalek from the party. I didn't notice that the dalek was missing it's head until we got to the toy store. After our toy store trip we headed back to the bakery with very low hopes of finding the missing piece. Nothing on the sidewalk, but we went ahead and stepped into the bakery. As we were turning to leave I told the employee who was prepared to wait on us, "oh, we're just here to see if we dropped part of a toy". And she had found it and set it aside, so we left the bakery much happier than we'd been upon arrival. I told the kids that their daleks would have to confine their adventures to home from here on out.

Anyway, during dinner the boys had fun with their daleks: "Exterminate! Exterminate!". After dinner we were about to send Mal off to bed, which he was not at all happy about. He wanted to do birthday presents! 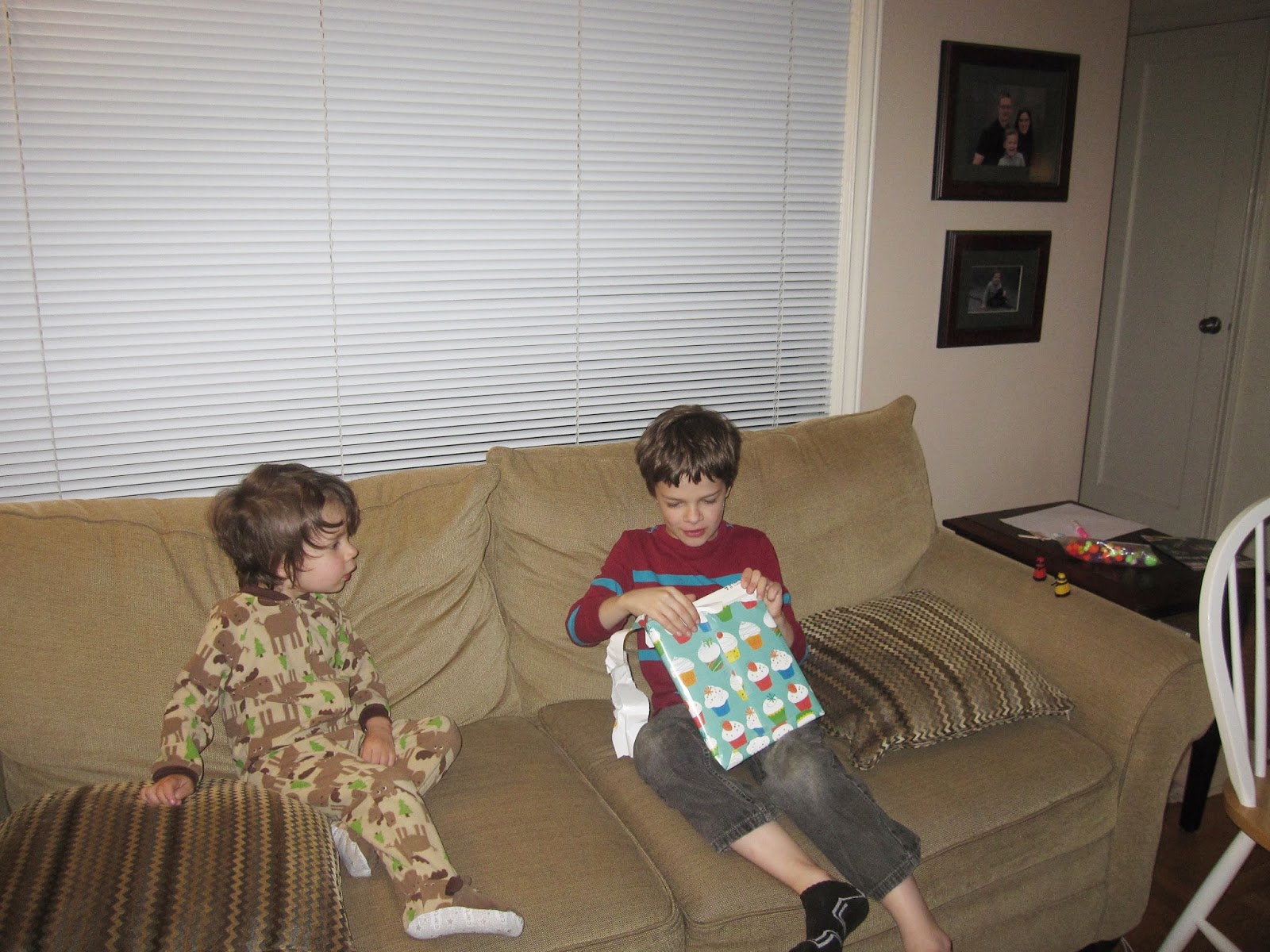 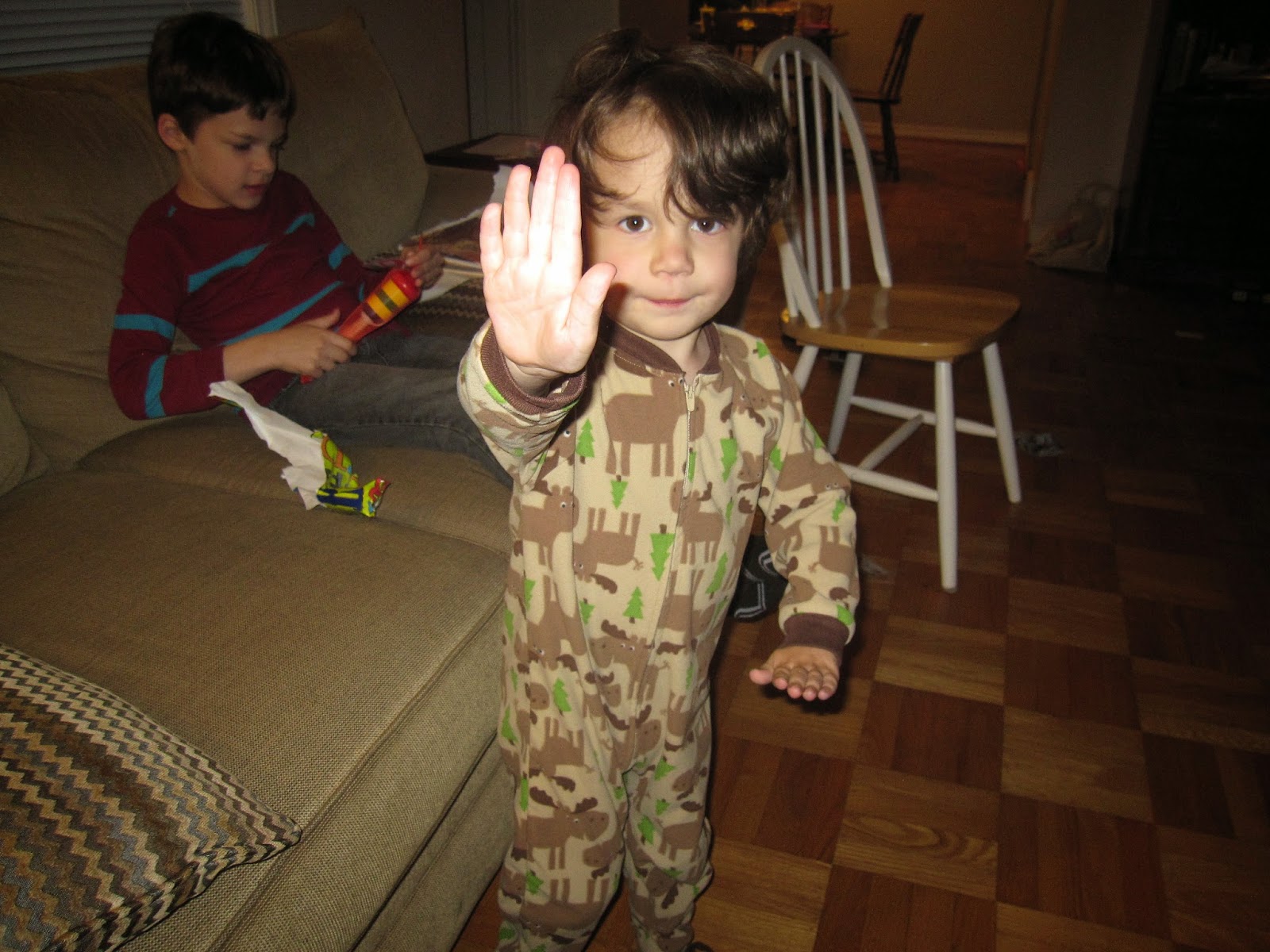 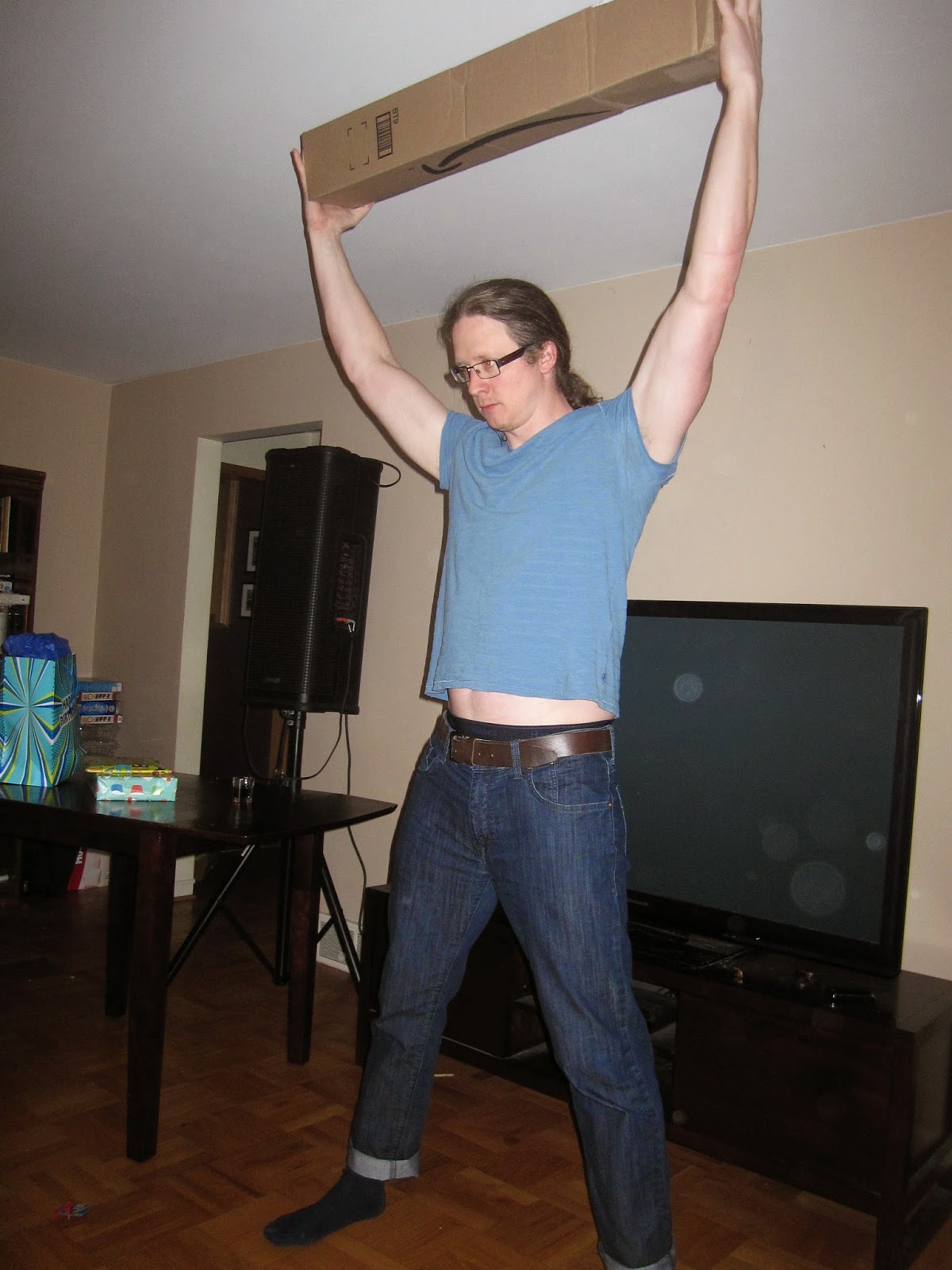 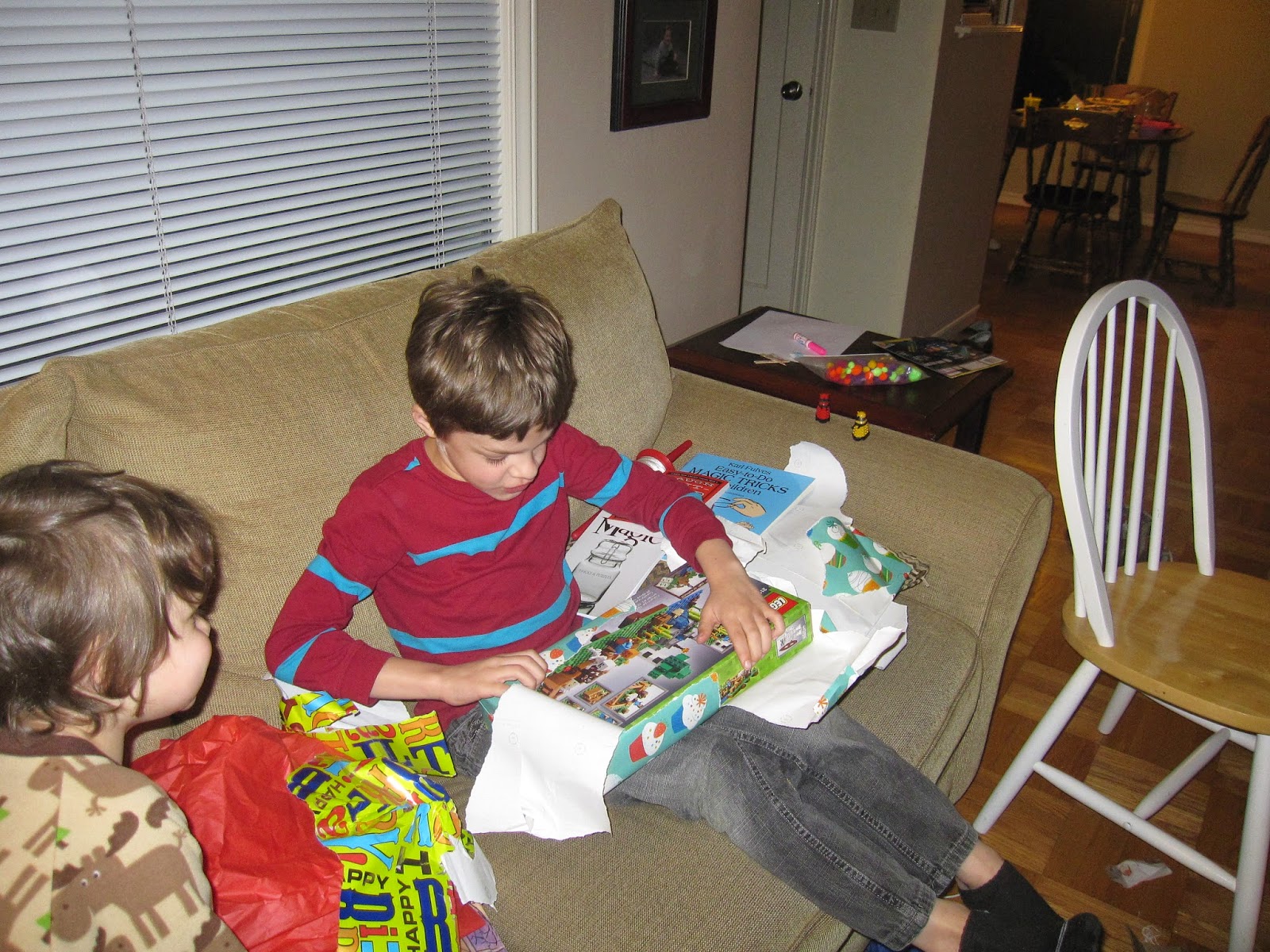 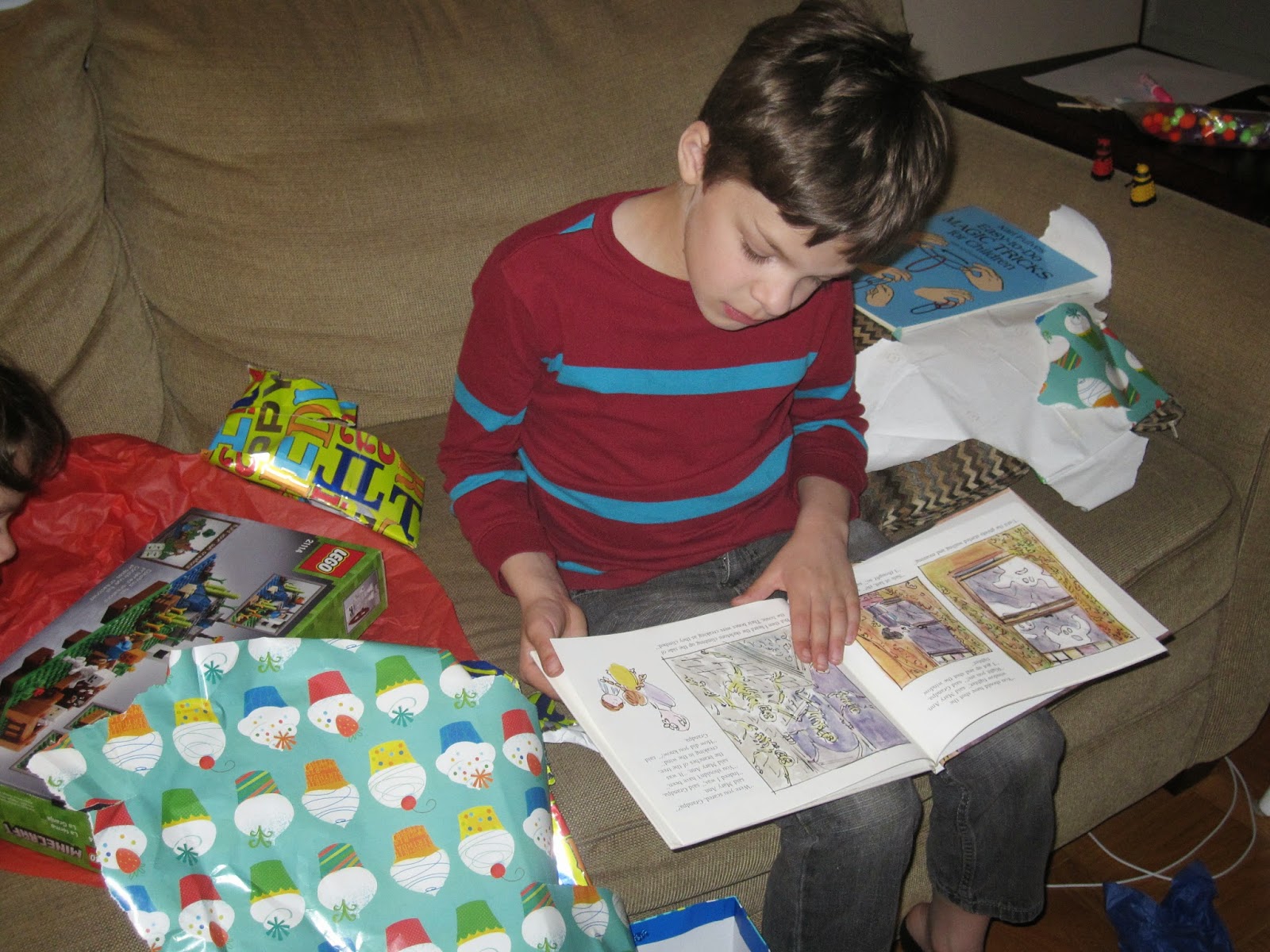 So we let him stay up way late and watch Gareth open his presents. Then sent him to bed while the rest of us watched Dr. Who and enjoyed cake. Gareth was thrilled to be allowed to stay up for two episodes, until 10 pm! He's been allowed up that late before, but it's pretty rare. He went to bed a happy boy.
Posted by Erin at 4:37 PM

I can't believe how big Gareth is. I know he's about a year and a half older than Sylvia, but it's still incredible he's already 8 years old.