We've now begun to include Mal in the movie-going tradition of winter break. He's not quite old enough for the new Star Wars movie (and has only seen the original trilogy, not any of the newest bunch), so I took him out to Coco early in the week, while Ryan and Gareth went to Star Wars the next day. A couple days later, we met up with friends to check out Diagon Alley. A family in Seattle constructed it in their driveway back around Halloween and have left it up and open to the public through the holidays. Mal happened upon Gareth's wand that morning, and wanted to get dressed up before we left: 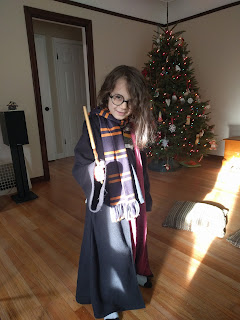 But once there, he wasn't too keen on having his picture taken in front of Ollivander's (he had been made to change out of the costume in order to fit in his carseat safely). 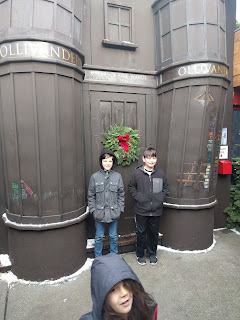 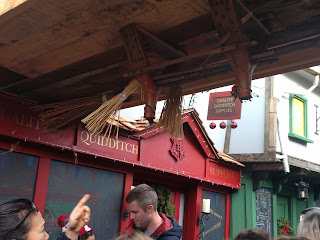 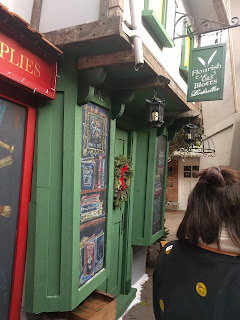 While not overly crowded, there was a line to climb to the top of Gringott's, making picture-taking difficult. You can kind of see Gareth's head behind the post there. 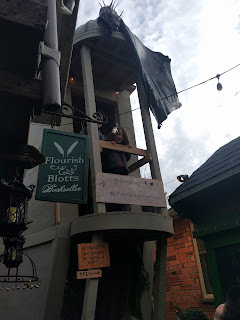 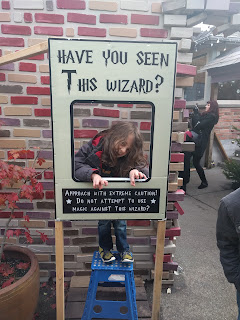 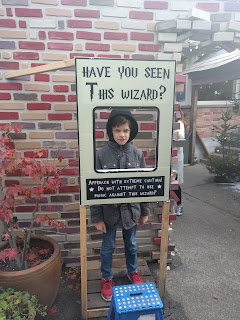 Considering it was just a a family enterprise and was built in a driveway, it was very impressive! Mal was upset that it wasn't longer/there wasn't more to do. They have had some weekends where they've made more of an event of it, but I didn't want to try and go with all the crowds on a weekend.

Early in the week we made our gingerbread cookies. The boys both asked if we could decorate cookies this year. I haven't been in much of a baking mood, so it took a few days for me to muster the will to make icing. Which turned out to be a good thing, because the boys were actually quite dedicated about icing all the cookies we had left (with some playtime breaks thrown in), while I was wondering if we were done yet about 1 cookie in. They turned out pretty cute: 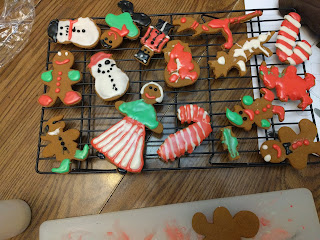 Otherwise, our break has been very restful. The afternoon of Diagon Alley, the kids played on the computer, while Ryan sat on the couch doing something, and I took up the rest of the couch napping. It was a perfect way to spend the afternoon. We've watched a few holiday movies here and there and the kids have been eagerly counting down to Christmas.
Posted by Erin at 2:24 PM

I am so seriously impressed!