I finally had a weekend day that was concert and rehearsal free and the good weather had managed to hold out for another week, so we took the boys out to Bob's Corn Maze and Pumpkin Patch yesterday as part of our fall festivities. It was quite foggy, which added some nice atmosphere to the experience. We spent the first half of our visit eating pumpkin donuts and roasted corn. And taking pictures with the cutouts. Mal is very into making silly faces for pictures. Gareth, for the most part, feels embarrassed that you would even ask if he wants a picture with the cutout. Though he was willing to participate in the first one. 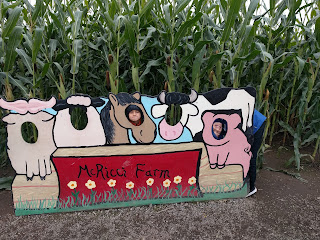 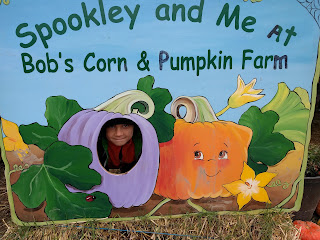 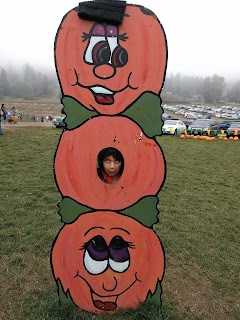 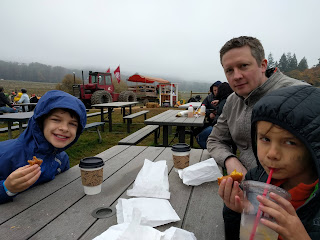 Then we headed over to the big corn maze via hay ride. Gareth was our navigator in the maze, using the postcard map to guide us through. As much fun as it would be to get lost in the maze, that still felt like a bit much to handle with a 6 year old. Maybe in a few years we'll start trying it without the map. Kettle corn helped sustain us as we wound our way through. 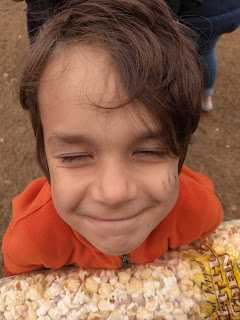 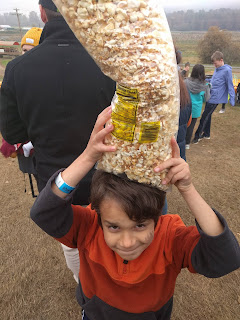 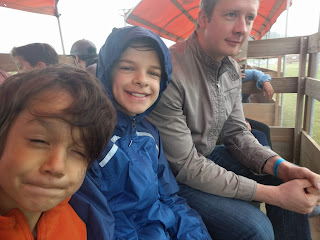 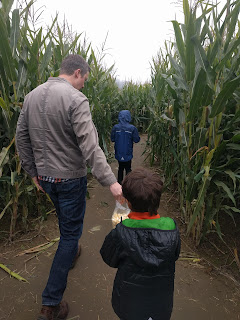 After finishing the maze, Ryan and Gareth went off to jog through the maze again as quickly as they could (somewhat limited speed due to crowds of people) while Mal and I headed over to the pumpkin patch to start scoping out pumpkins. Mal really wanted the big one he was sitting on, but I was a bit nervous about it as it seemed to tip over whenever it wasn't in this precise spot. In the end, Gareth found another large one he wanted for his planned design, and Mal found a medium-sized pumpkin that he liked. 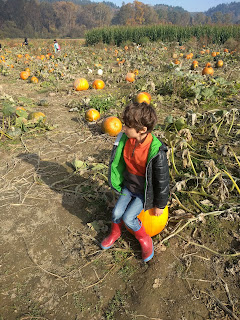 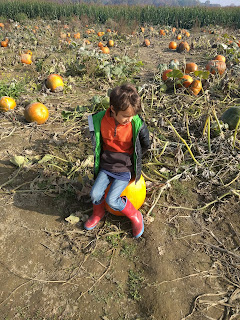 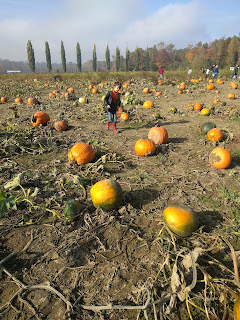 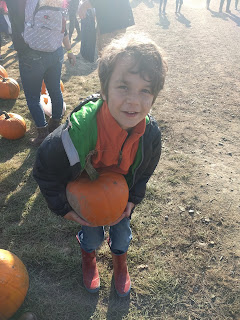