I'm a bit behind, so I'm going to combine line and texture. A couple of weeks ago our class focused on line and how you can use line to make a picture seem more "positive" or "negative" or give weight or emphasis to objects in your picture. (A line going left to right in an upward motion will apparently give a positive feel to anyone who read left to right. Countries where they read the opposite will get the positive feel from right to left lines in an upward motion. Or so our teacher says.) Here are a couple of my line pictures: 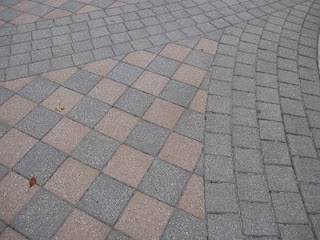 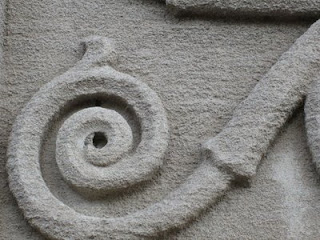 Last week we discussed texture, which is basically what you'd think (the picture above would be an example of both line and texture). The idea behind texture in photography being that you want your viewer to get a sensory reaction to the picture. I had a much more difficult time finding texture pictures, but had more of them turn out decently. Here are some of those: 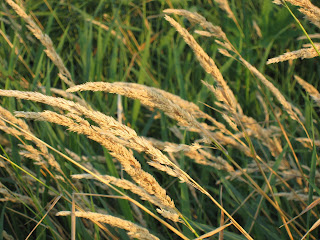 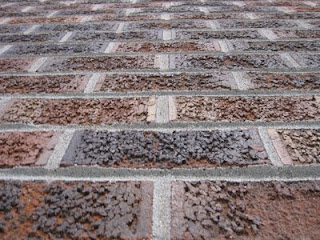 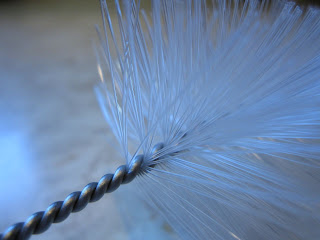 This week we're working on portraiture, which I'm afraid I'm no good at. In case you haven't noticed the trend, I seem to tend toward abstract pictures rather than representational. I feel that I never quite get everything working together right in the representational world. And it doesn't help that Gareth always, always, always notices when I'm taking pictures. Or that for some reason he's decided that having his feet/toes photographed is the best thing in the world. After this week we learn about matting/framing and then we get ready for our art show (held at the church) on August 4.
Posted by Erin at 6:59 PM

Wow! Is that last lovely picture a bottle brush? Who knew it could be so beautiful! I like the bricks, too. Actually, I like them all!

I am so jealous of you! You could totally be an artist. Love you lots!

Yup, it's a bottle brush. I was getting quite desperate for texture pictures. Michaela, I'm only showing the ones that turn out well - if you saw how many truly terrible pictures I take in the process of getting these few, I doubt you'd be jealous. :)

I think these look really good, too! I wish I could come to this art show, it sounds like it will be really neat.