Gareth and I went to the zoo today with our upstairs neighbor and her son. Aside from Gareth whining a whole lot, it was a fun trip. I like that this zoo seems to have a lot of outdoor areas for the animals that are nice and large. It's also the most active animals have been when I've been to a zoo (maybe the fact that it's not ridiculously hot helps?).

A large part of Gareth's whining was him wanting to spend the whole time watching the penguins. It's what we saw first and he seemed not all that interested in them initially, but once we tried to move on to something else that's all he wanted to go back to. The jaguars were cool, but Gareth was more interested in watching the schoolkids and other people around him. Due to his unwilling mood, I was only able to get one, slightly blurry, picture of him enjoying himself: 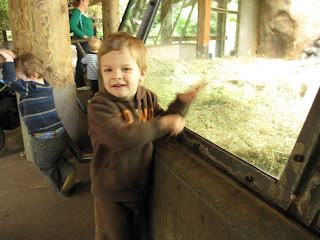 He did finally let himself enjoy watching the gorillas, and even took a picture of them. 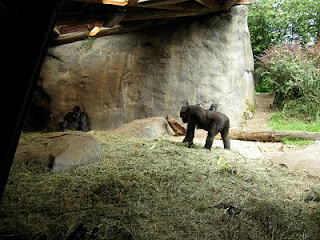 Then we saw some pretty amazing birds: 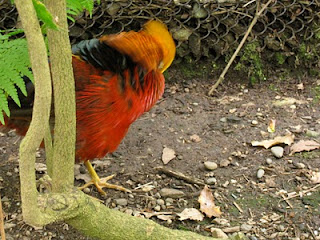 Then on to the zebras, oryx, and giraffes. The giraffes were especially cool because they were moving around and eating (I hadn't remembered how long their tongues are; it was amazing to watch them twist their tongues around branches and pull the leaves off!) I think I've only seen giraffes in indoor space before, so it was fun to see them outside. 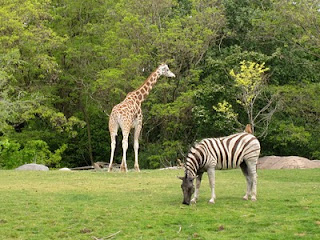 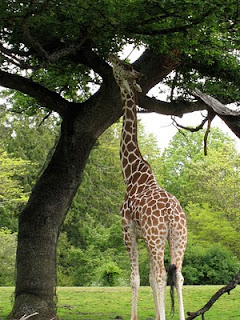 We went to see the lions last, but they were sleeping. Gareth's behavior was indicating that he needed some lunch and a nap, so we headed for home. I'm betting we'll make at least one more trip to this zoo while we're here. Hopefully the next time around Gareth will be more amenable to seeing all the animals and less interested in whining!