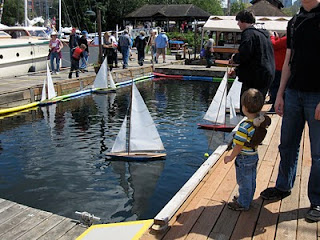 On Saturday we checked out a wooden boat festival in the area. Unfortunately, we got there a little too late to do much. The model boat races were over for the day and all the seats on the boat rides were taken already. Gareth still enjoyed it, though he was pretty upset that we didn't go on a boat ride. 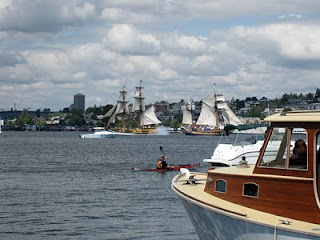 We were able to see a couple of war ships fire their cannons at each other and there were boats there that people were allowed to board and check out (kind of like the old cars out on Main Street in Somerville every Friday). Thankfully we had Gareth wearing his monkey, because he was extremely excited about seeing the water, meaning he spent a large amount of time leaning precariously over the edges of the dock. It's a two-day festival, so it was a bit tempting to take Gareth back on Sunday so he could see some boat races. They have two teams make a boat in 24 hours and then race them Sunday afternoon. But, in the end, we decided not to go back. 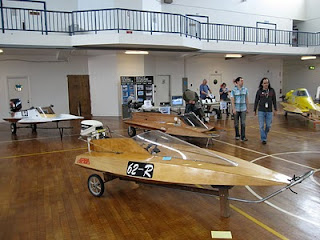 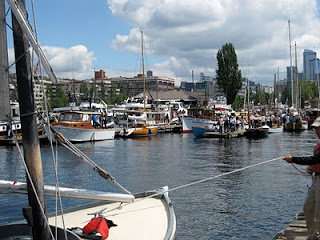 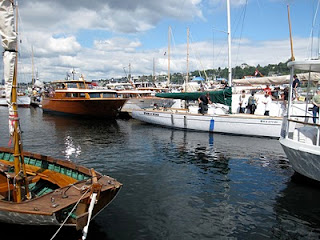 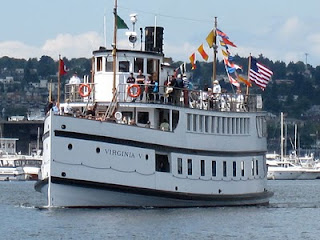 Gareth loves taking trips into downtown or pretty much anywhere if it involves riding the bus or the train, so he was still in a good mood on the way home. He particularly enjoyed drumming in the station. 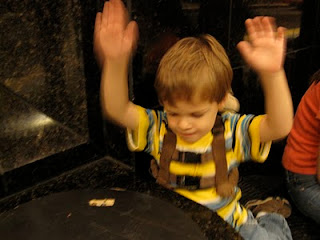 Sounds like a lot of fun. I especially would have liked to see the old warships. Glad Gareth enjoyed it!