Just some random photos, some from quite a while ago.

These first couple are from June. One of the few times I've let Malcolm play in the car. I have video from this day as well, which is a good one because this was when his talking was really starting to take off. But I think I shot it in the wrong direction and am too lazy to attempt to upload it and fix the direction. Anyway, he loved playing in the car, but then that's all he ever wanted to do and it was causing too many tantrums. So no more playing in the car. 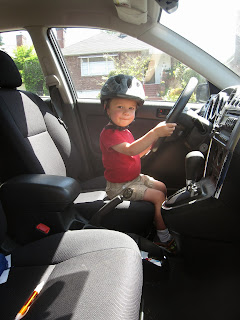 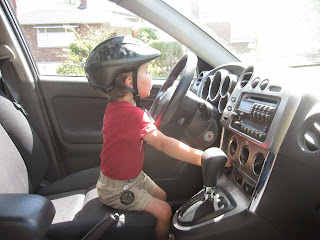 I finally took pictures of Gareth's Kindergarten artwork this past summer (figured it should be done before he started 2nd grade). These are my favorite. Self-portraits from September and June. I love how much more detail he added at the end of the year. 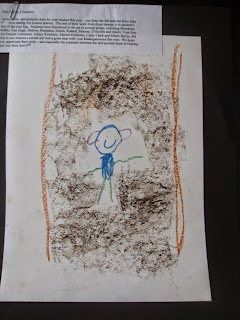 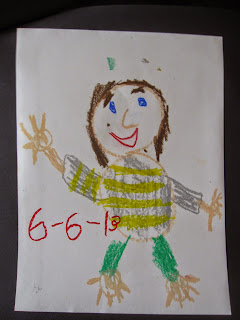 More recent. Gareth insisted I take a picture of Malcolm in the frog towel post-bath just because he though Malcolm was particularly cute that day. 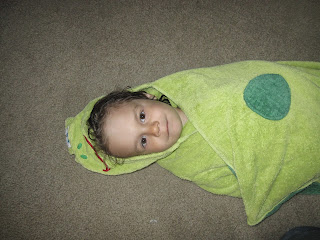 Gareth's first time playing video games online with other kids (Minecraft, with kids his age, set up by a former coworker of Ryan's). He was soooo excited to get to wear Daddy's headset. 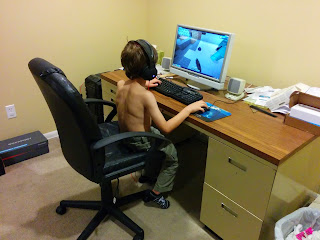 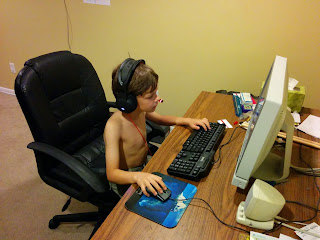 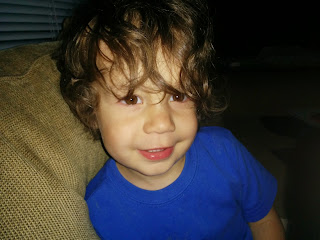