I was determined that this trip we'd get out of the house and see some of the local sites. This has never happened before and I didn't want to sit around and twiddle my thumbs for a week.

We spent one morning going up Sandia Peak on the tram. I was very glad we went first thing in the morning as by the time we came back down there was a long line for tickets. Mal was a little nervous on the ride up, and again did not enjoy his ears popping as we ascended. There was a little snow up on the peak, which the kids loved. You would think they'd never seen snow before. And I suppose it has been a while. While it was windier and colder up on the mountain, we chose a good day to go as it was in the 60s in the valley, so it really wasn't all that cold up on the peak. The boys spent a good hour or so throwing snow. We walked around a bit and found a spot that was slick. Gareth joined some other kids in sliding down the slick patch. Mal stuck to the less slippery areas with me. I enjoyed the beautiful views. When Gareth felt his hands were sufficiently frozen we headed back down. As soon as we were on the tram to go back down he regretted that we hadn't stayed longer. So we've promised him a trip up there again the next time we visit.

Thanksgiving was typical. There were 19 people around my in-law's table because some friends and the fiance's in-laws joined us. I was very peopled out by the end of the evening, so went to bed while the other siblings played Open Arena.

Friday was prep day for the wedding. I got up and looked over my application essays again, then attached the applications to my grad school application and submitted it. Now I'm just waiting on one letter of recommendation. I've got excellent grades, excellent GRE scores, I'm assuming good letters of recommendation. But there are only 12 spots in the program, so not getting in is definitely a possibility. Just have to wait and see.

While everyone else headed to the gym to decorate, we took our kids and Ryan's 11 year old sister to Explora. Since we have a Pacific Science Center membership we were able to get in free through the ASTC Passport program. The kids loved it. 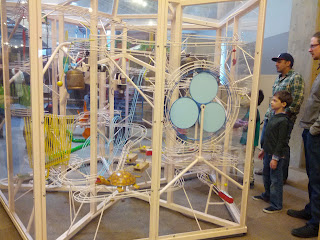 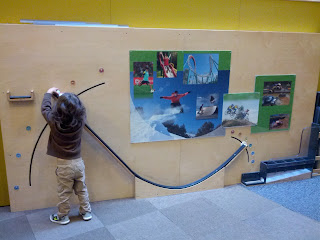 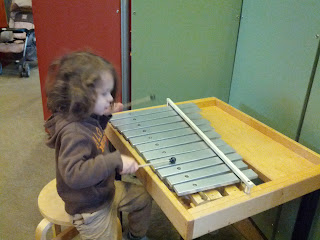 We spent a couple hours there and Gareth was not happy when it was time to go. But I was hungry, and Gareth had forgotten to eat breakfast, so lunch was needed. Ryan's sister spent the rest of the afternoon playing Minecraft on my computer while Gareth played video games on the N64 that had been pulled out of storage.

Saturday we got all dressed up for pictures. I got Mal's outfit on our local Buy Nothing group. I'll be returning it to the neighbor who lent it when we get back. And I borrowed my dress from a friend, so all I had to buy was the shrug and a necklace. 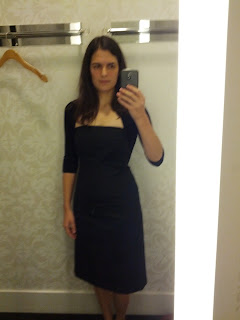 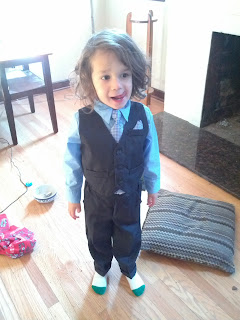 Not the best pictures ever, but the best I've got at the moment. Everyone thought the boys were adorable. Gareth wore some khakis, a navy blue button-down shirt, and a sweater my sister knit for him that looks gorgeous on him. Sarah looked beautiful in her Eowyn-inspired dress. After pictures we headed home, took naps or whatever, and then got dressed again for the reception. Mal was very excited for the party - particularly for popcorn and cake. He was quite sure it was a birthday party and was somewhat disappointed that none of the presents were for him. His dinner, unsurprisingly, consisted of croutons, popcorn, pretzels, marshmallows, and cake. The rest of us ate pasta, salad, and rolls as well. The boys did well, despite being up way past bedtime. They snagged a couple of balloons from the newlyweds' decked out car before we brought them home and got them into bed.
Posted by Erin at 11:03 AM