The Boys Make a Discovery/Father's Day

Ryan's been pretty good about making sure the lawn stays mowed lately, and the kids seem to have discovered that we actually have a yard! Gareth lost our soccer ball when he was playing with it on the deck and kicked it over the rail, onto the street, where we assume it rolled down the hill and into the busy road. So I purchased new soccer balls and some foam baseballs so the kids would stop using the bat with the soccer ball. And the kids actually spent some time playing in the yard for the next couple days. Shocking, I know. They have now reverted to their usual patterns of playing solely on the deck and inside. But it was nice while it lasted. 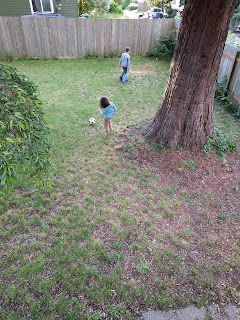 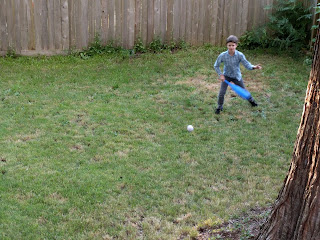 Both the kids made cute Father's Day gifts for Ryan, though neither actually handed them to him. I found Gareth's sitting on a pile of end-of-year papers he brought home, and Mal decided his needed to be housed in the linen closet. 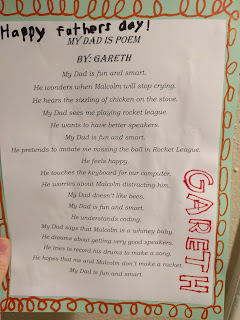 Mal told me that he was starting to cry in this picture because it was hurting his neck to hold that pose. And you can see that we have a lot of work to do in the learning letters/writing department still. 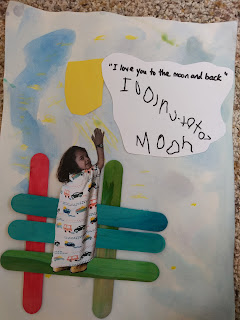