The Friday after Gram left we had a friend of Gareth's come over and then all met up with some Ballard friends at the science center so we could go see the Terracotta Army exhibit. We assumed the kids wouldn't want the audio guide, so I just paid for them for the adults, guaranteeing that the kids all wanted one. 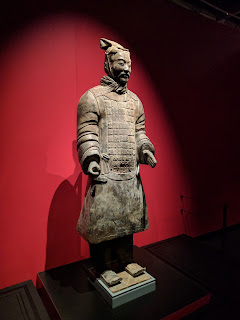 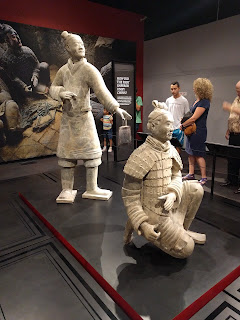 Even without the audio guide the exhibit was impressive. The only thing that could have improved the experience was not going through with an impatient five-year-old.

That five-year-old did enjoy the couple of hands-on activities in the exhibit: 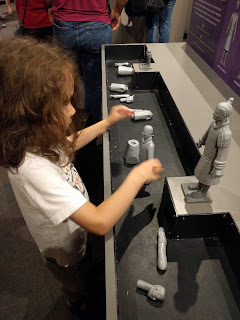 Afterward, we hung out for a while in the science center. The older kids had a good time in the health/wellness, space, and tide pool sections. Mal loves going to see the bugs and reptiles as well as checking out the tide pool. After hitting all those areas, we headed outside where we all got ice cream and even happened to catch the beginning of a concert at Seattle Center: 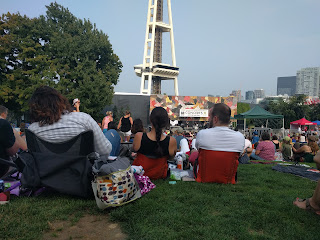 Then it was back to the bus for a crowded ride home. The kids were so well-behaved, a definite perk to them getting a bit older!
Posted by Erin at 3:44 PM

My sister just went to this exhibit, too! She thought it was super cool, too! I'm impressed that you dragged your kids there!