At some point in all the busyness of October, we managed to squeeze in a few minutes at the elementary school fall carnival. Mal made a fun craft, which he then used the next weekend to set up "camp". He used the lantern as the campfire, set up the play tent, and had books and games ready to go. He named it "Camp Qest" (camp quest, just like summer sleepaway camp). We had a great time "sleeping" (I actually fell asleep for a bit!) and playing some Forbidden Desert after we woke up. 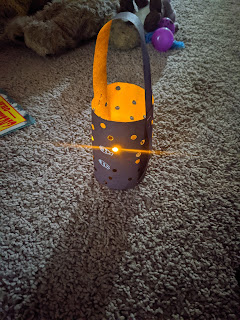 While Ryan was away at his friend's wedding, I got home one day just in time to take Mal out for a treat after school. The next day Gareth was at a sleepover, so Mal and I went out for pizza. He likes to color in the squirrel to match the menu. I tried to convince him to let me get half pepperoni, half margherita, but he wasn't having it. 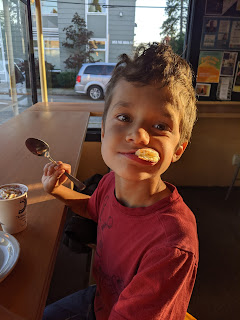 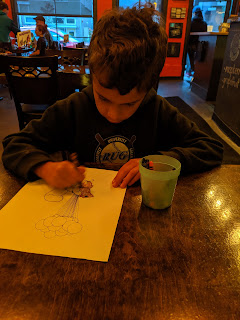 My orchestra is celebrating our 75th anniversary. Our first concert included several Copland works, including Lincoln Portrait. Tom Skerritt lives in the area, so we got him to come read the narration. I really only know him from his role in Parent Trap 2, which would quite possibly horrify him. He seemed like quite a nice person from my minimal interactions. 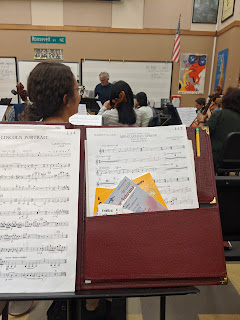 And somewhere in all of this, we found some time to carve pumpkins. It helped that the kids had a good idea of what they wanted to do before they started. 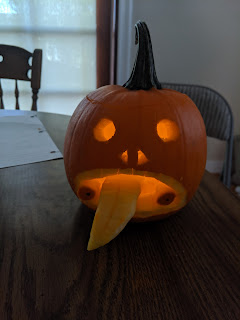 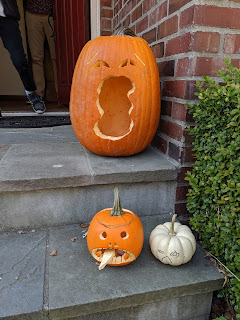 On Halloween, we had quite the crew over. 3 friends joined us and Daniel and Emily came and hung out with Ryan/helped pass out candy. Myself and one of the other parents took the kids out, making it several blocks before we decided we were done. Mal was getting tired of carrying his bag because it was so heavy and my feet were getting cold. 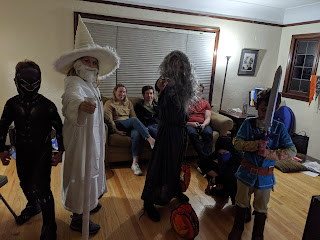 We then got a one weekend reprieve before I had to start final preparations for our orchestra fundraiser (the orchestra's in a not-great place financially, which is frustrating, but we're working hard to try and make it through the year and hopefully do some work to get to a better financial footing). We held it at a large brewery that offered the use of their space for free. Ran a small silent auction, which I think a lot of people thought would be simple to pull together, but which I knew wouldn't be. And it's not made easier by people waiting until 4 days before the event to let you know what they're going to donate to auction off. The woodwinds ended up putting together quite a nice little wine-themed basket. It included a gift certificate for two to a 2-day wine tasting event on Bainbridge Island. I tried to bid on it, but someone came in and grabbed it for the "Buy It Now" price. I won a knife-sharpening party instead (my knives are really needing a good sharpen after almost 15 years). 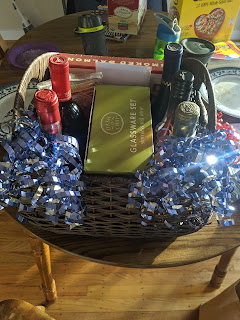 In the end, we pulled off quite a nice event. Had lots of small ensembles made up of orchestra members playing and the auction did about as well as I expected it to, with everything getting auctioned off.
Posted by Erin at 8:16 PM

Good luck with your orchestra-- I don't know how stuff like that manages to keep going. But I'm sure glad for the people with more money than I've got who donate!

(ACK, why does my computer ALWAYS assume that I'm Craig???? Can I blame the patriarchy??? Anyway, this is actually Alanna. In case you weren't sure.)

Lol. I think you can blame the patriarchy. ;)
I have seen Top Gun, but it was once ages ago, so I don't really remember it much. Whereas we watched Parent Trap 2 several times as kids.