We'll be done putting our tree together one of these days. We put it up Monday night, after Malcolm was in bed. Gareth helped with setting the branches free. Then we did his advent present and sent him to bed while I did the lights. I finally purchased some multi-colored lights this year, because I knew Gareth really, really wanted them. I loved the colored ones as a kid to, so I guess this is the route we'll be going for a few years. I'd purchased 500 lights, but didn't have enough, so ran out and bought a couple more boxes in order to get it all done Monday night. Malcolm had missed the whole setup, so he was in awe when he came out to the living room in the morning. It took him quite a while to get brave enough to try and touch the lights or tree, but now he's past his awe/fear/wonder and every time he's in the living room will try to touch the tree. So we get to spend the next couple of weeks keeping him away I guess. At least he's being fairly gentle still. I'm interested to see what happens when the ornaments go on. It'll be a bit top-heavy on the ornaments this year as we'll try to keep most of them out of his reach. 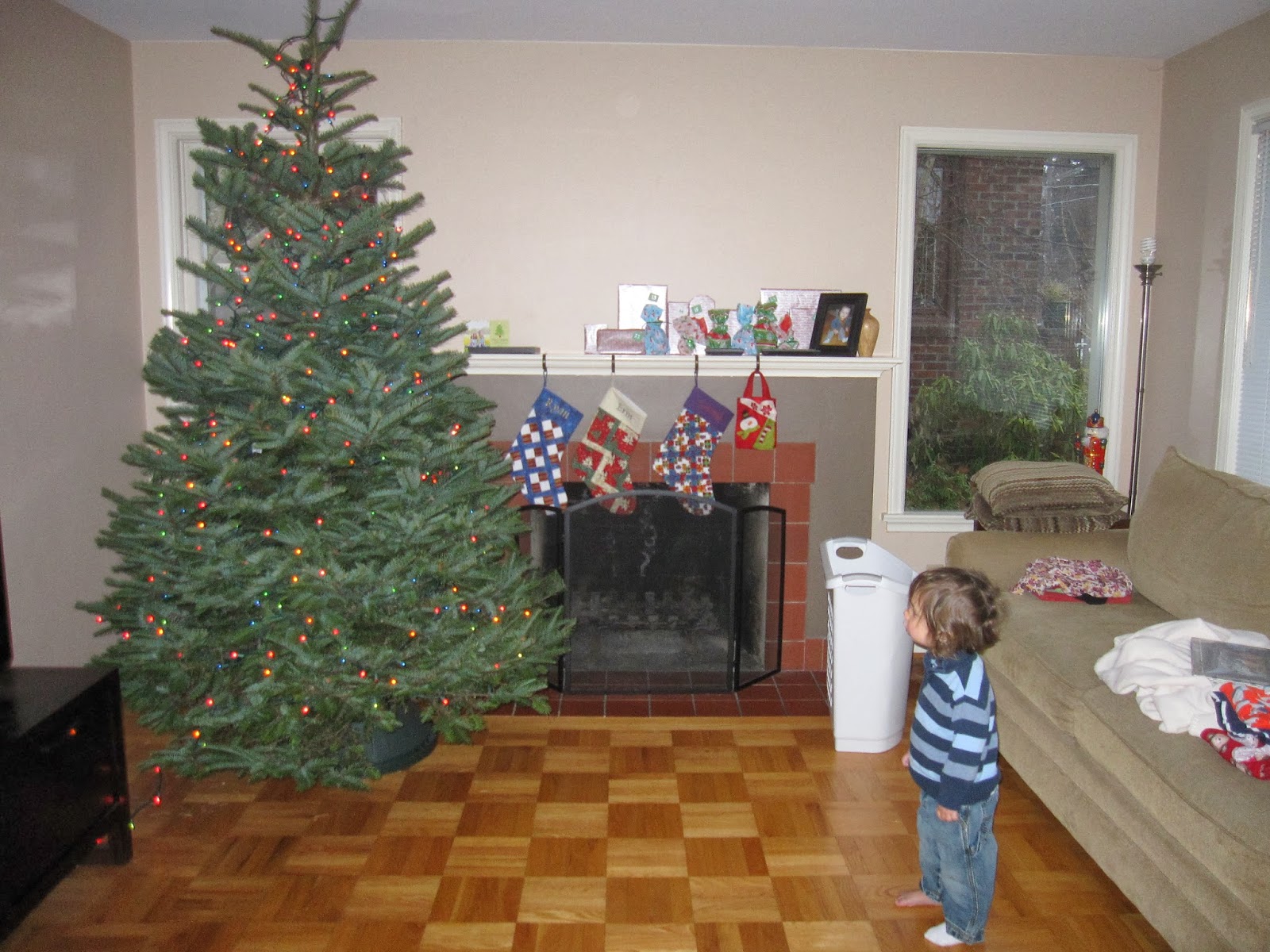 Gareth really wanted to do the ornaments Tuesday night, but I'd decided I should spend a little time studying for my Chem final the next day. And I had rehearsal Wednesday night, Ryan goes to the gym Thursday night and we have a work party for Ryan and a friend's party for the rest of us Friday night. Saturday it is, I guess. I'm rather enjoying a few days of just the tree and lights though, and a bit of anticipation won't kill Gareth.
Posted by Erin at 1:34 PM