I hoped to go to a clarinet choir concert on Friday morning at 9, but was so exhausted from the day before that I soon realized I wouldn't make it. A little disappointing, but I decided that the concert the night before was also a good note to end my conference experience on. I took my time Friday morning getting up and going. By 10 I was ready to check out and head off for a little more sightseeing before heading to the airport.

I knew there were a few others flying back on the same flight, so I invited one of them along to check out a plantation with me. We headed off to Houma's House and got there around 11. We wandered the gardens a bit and saw some really cool plants before the tour started at 11:30. 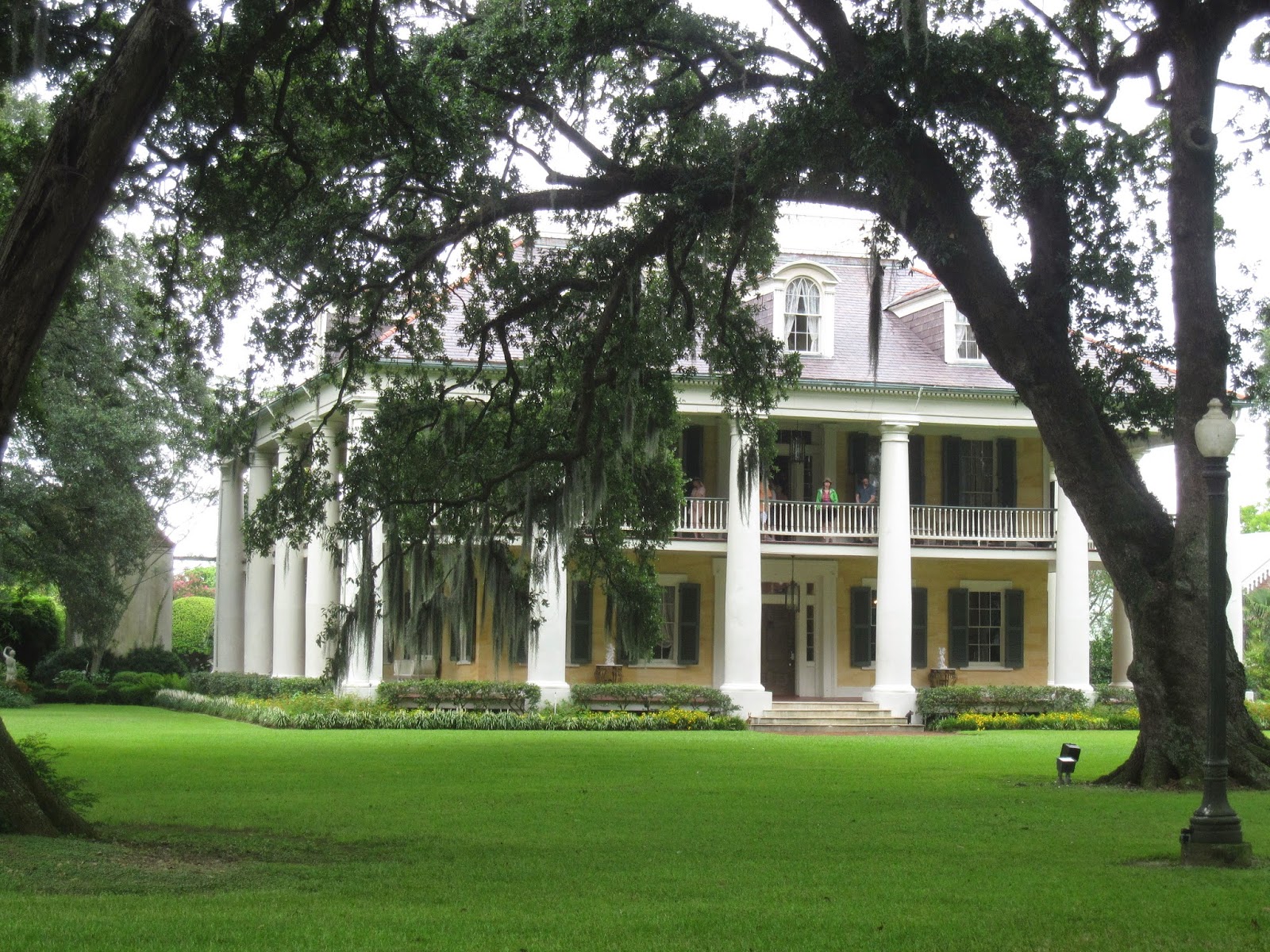 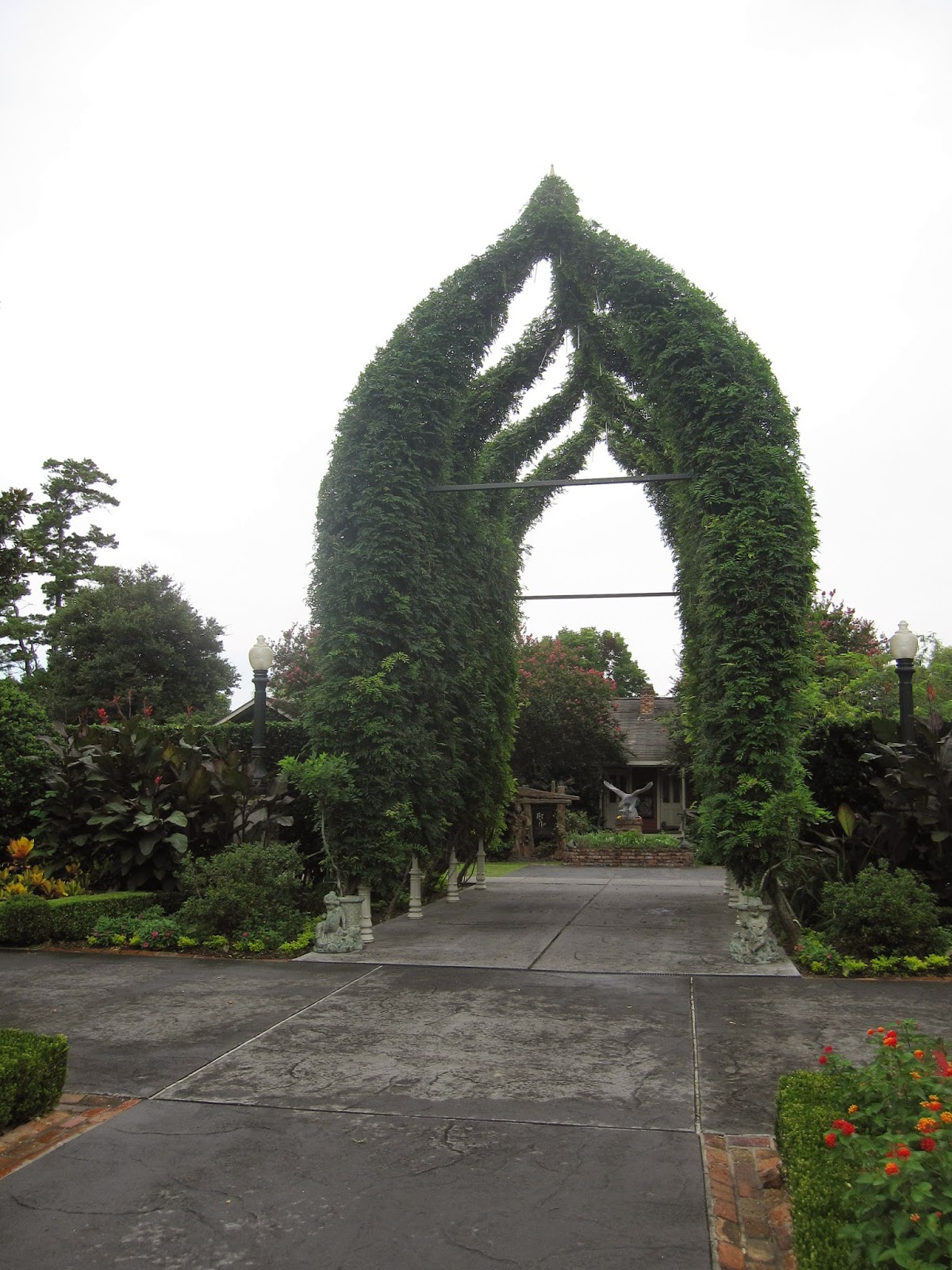 Houma's House was a big sugar cane plantation and has passed through a lot of owners. The current owner lives there in a couple of the rooms and is putting a lot of work into the site. A previous owner had torn down a lot of the structures, including where the slaves would have lived. So the tour didn't include much about that aspect of the property, but our guide told us the owner is planning on adding that perspective soon. Previous owners had also torn out a lot of the plaster and wood moldings, which the current owner has had redone. It sounds like it's been a bit of a job to track down anything that belonged to any of the previous owners. As such, many items are simply antiques from the era and representative of what would have been found/used in the home.


The oaks were very impressive - a couple are between 500 and 600 years old. The moss hanging from them is fascinating (but can also add a degree of creepiness to the place). Once the alley of oaks leading to the front door would have gone all the way to the Mississippi, but a levy has since been built, meaning that just a few of the trees are left and the view of the river is blocked by the levy. Apparently having a tunnel created by the trees was not only impressive looking but also useful for channeling a breeze into the house and could cool the house by as much as 10 degrees.

One cool fact about the house is that the movie Hush, Hush Sweet Charlotte was filmed there. If you haven't seen it, you should, though I don't know why I'm recommending it as it totally creeped me out. She stayed in Houmas while filming and gave some memorabilia to the owners as a result.

After the tour we enjoyed lunch in the cafe on the grounds - there is also at least one other restaurant (apparently really fancy) on the grounds as well. One of the early owners had china made in France especially for the home. There are a few pieces of that original china remaining, and the new owner had replica china made for use in all four of his restaurants. Then we wandered the grounds a bit more. 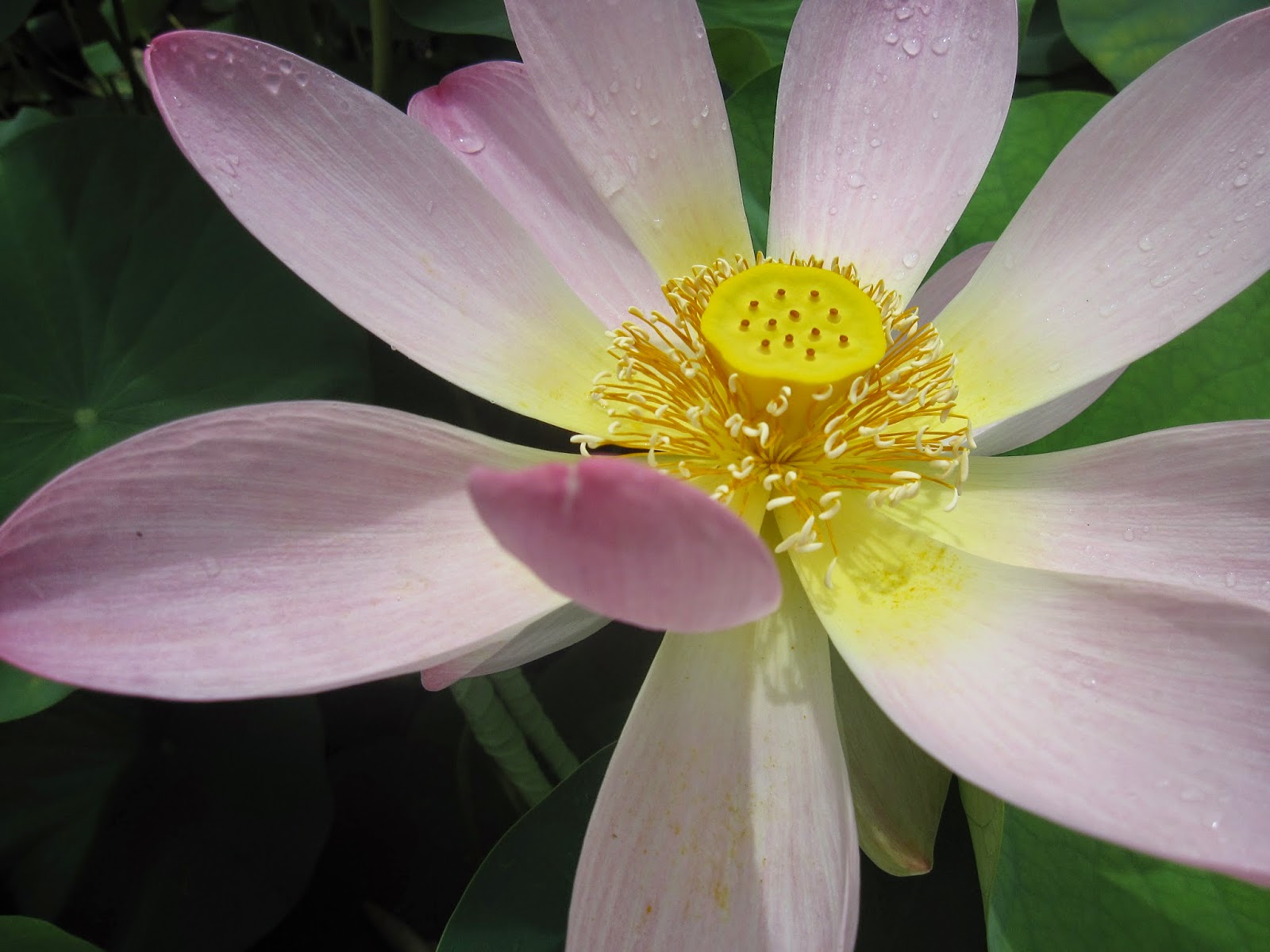 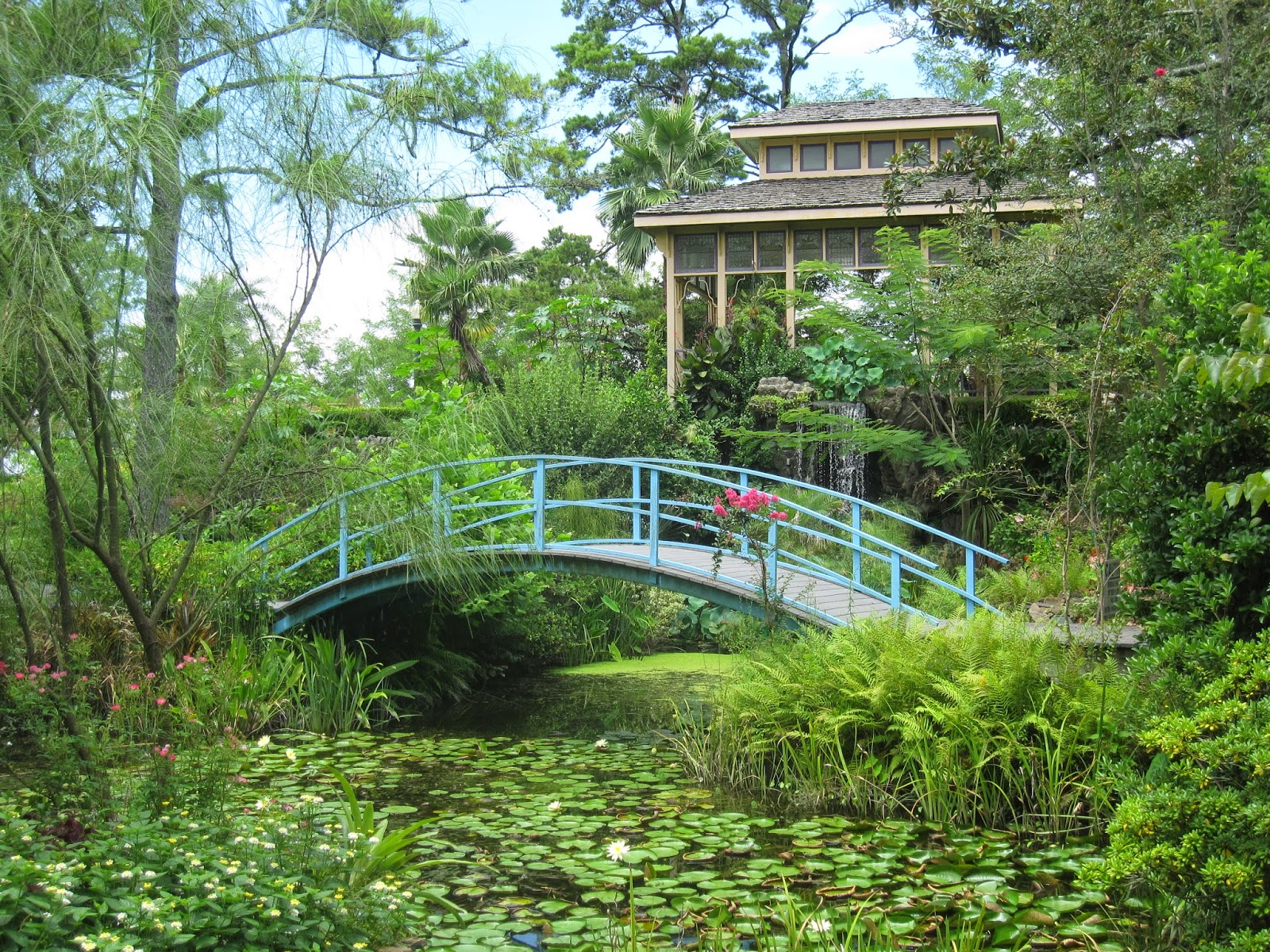 We also climbed the levy to look out over the Mississippi. 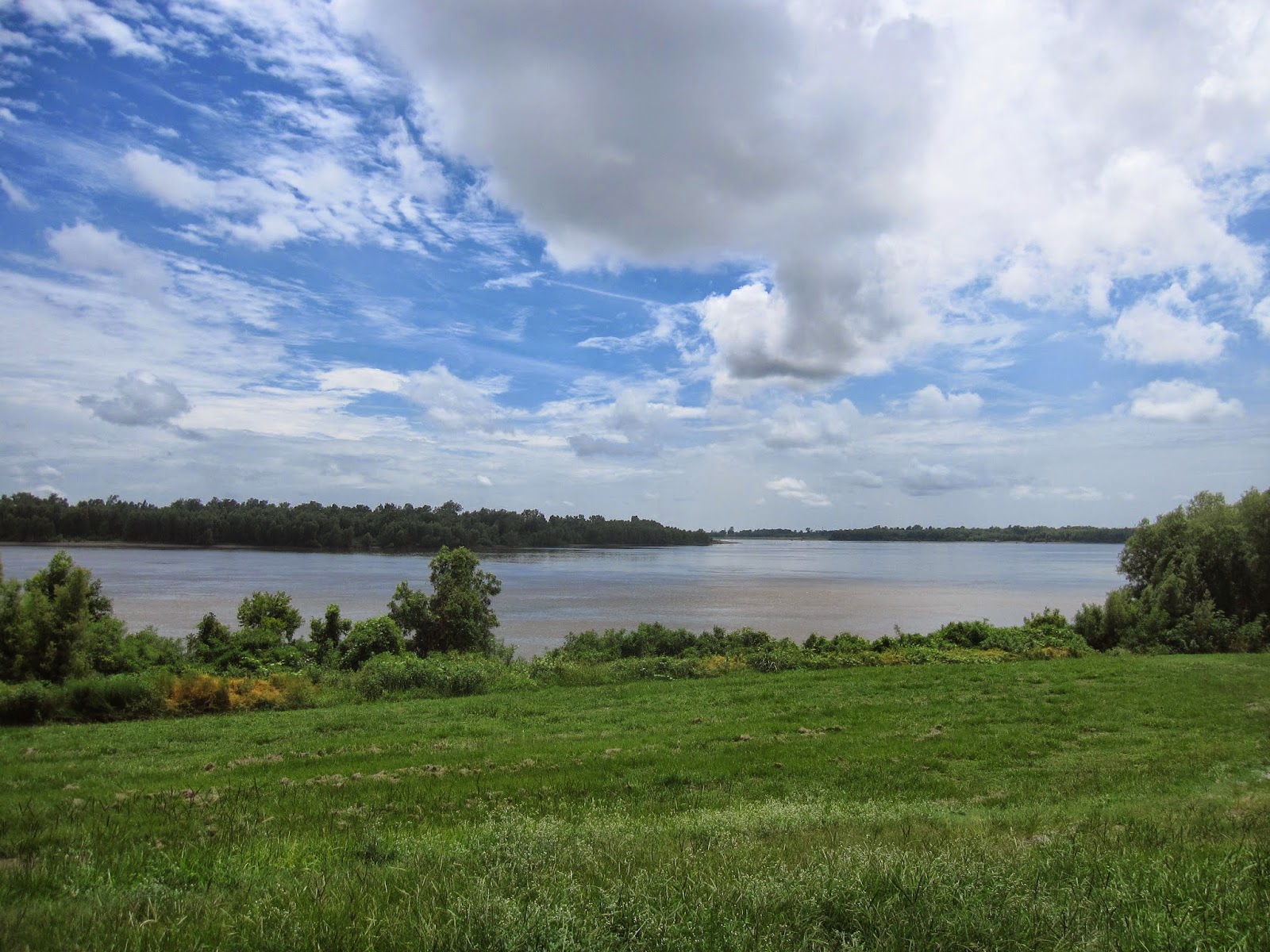 Afterward it was back to the cars for the drive to the airport. There were some other sights it would've been nice to see while in the area, but for 3.5 days, I think I did a great job managing both sightseeing and the conference. It was a thoroughly enjoyable break from real life and so much fun to get to know the other members of the clarinet choir better.

I have loved reading about your adventures! It's awesome that you've had this fun opportunity.

And this house is amazing and I'm completely jealous that you got to visit. This one's definitely on my to-do list!

Thanks for sharing your trip! It looks and sounds like you had a wonderful experience. So glad you got to go!