School started today. Last year I was eagerly anticipating this day, but this year I feel I could actually use a couple more weeks of summer break (which I get, but Gareth doesn't). Anyway, obligatory first day pictures: 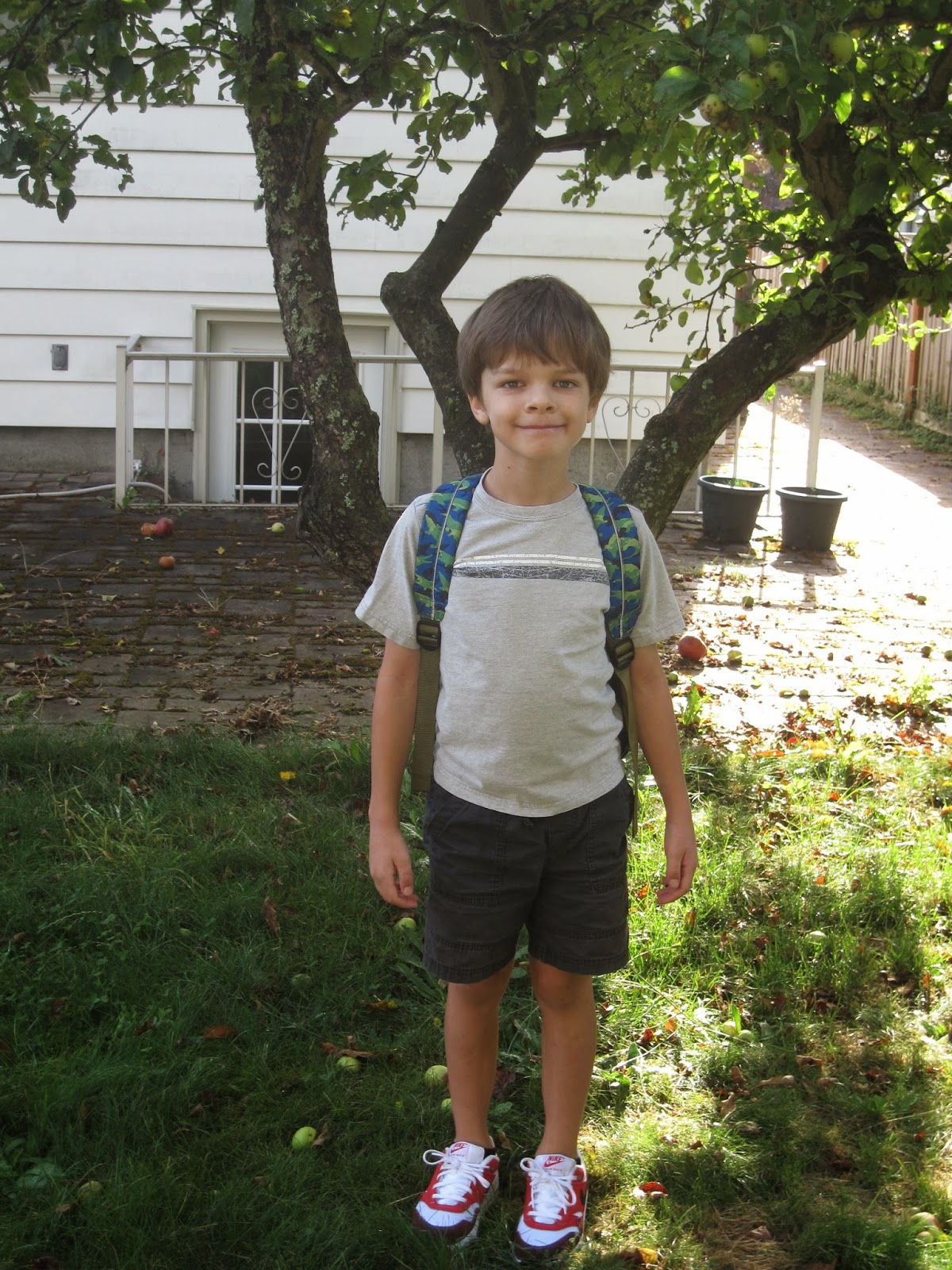 2nd Grade! He says wearing his new shoes makes him feel like a college student. We have no idea where that came from, but apparently it's something he feels good about, so we'll go with it. And he wanted to be sure to document how full his backpack was with all his school supplies in it. 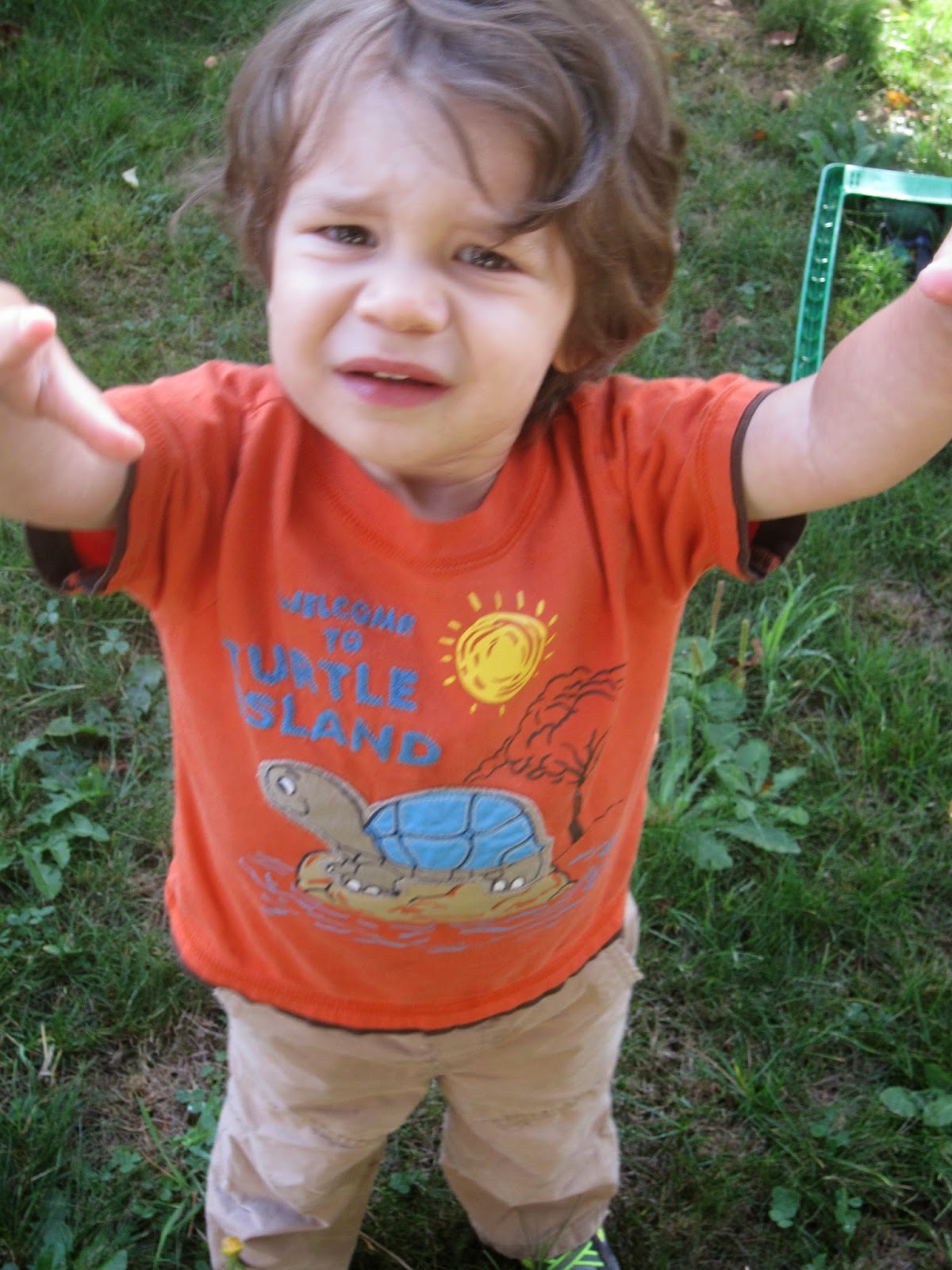 Malcolm wasn't thrilled about the picture-taking. 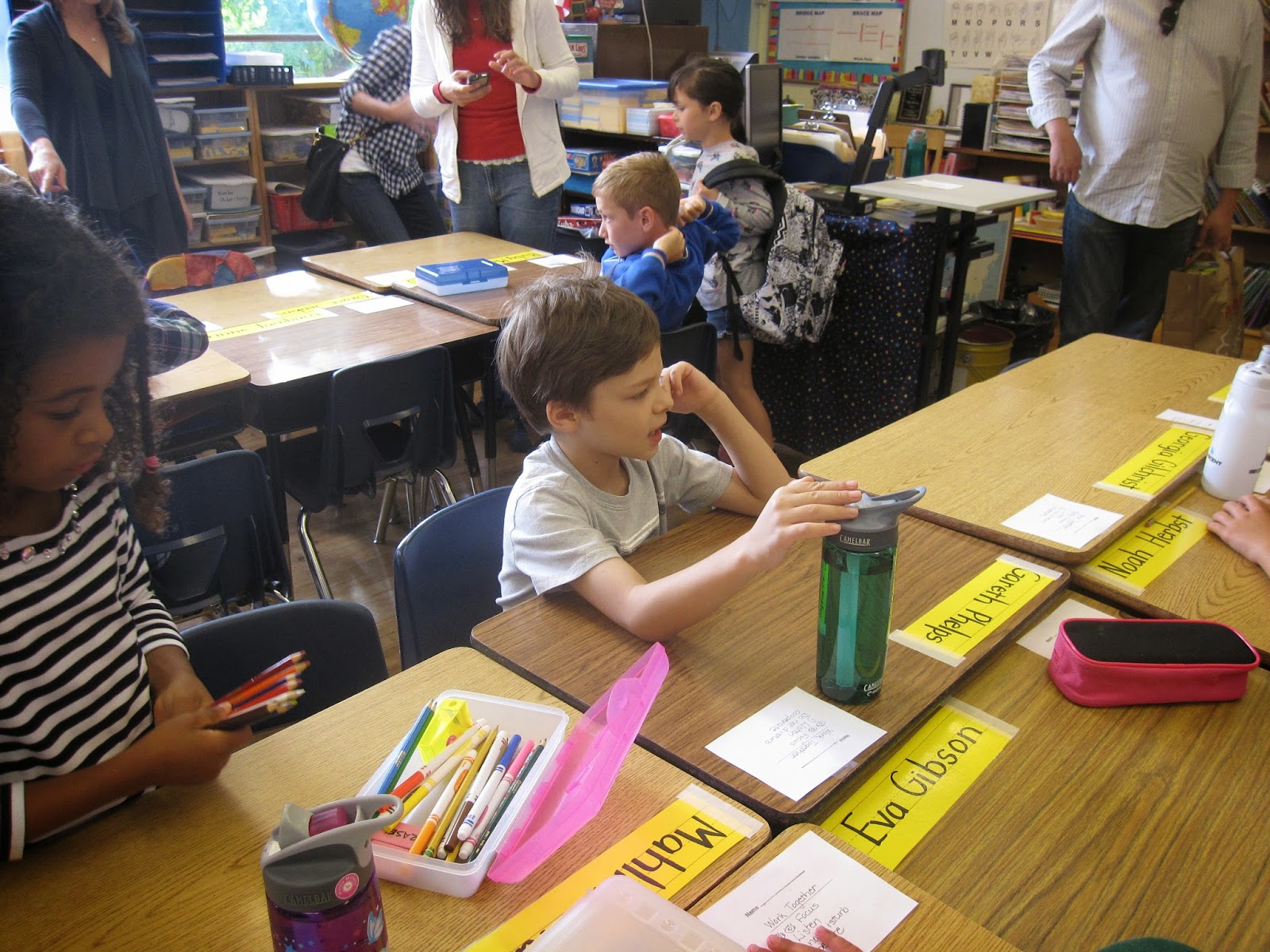 Gareth's most excited about being in a "bungalow" (portable) this year. All the parents are less excited about this experience, but the kids think it's the coolest thing ever. He's got tons of friends in his class this year - in the picture he's talking to one sitting kitty-corner to him. Yeah, that seating arrangement might have to change. Lots of kids from his class last year, from his K class and several co-op kids. We even got our sitter's daughter in the same class again, so he'll have a very easy time at drop-off. Gareth's teacher seems really nice. We heard a lot about her being strict/old-school/mean at the end of the year, but over the last month or so we've only heard great things from friends who've had her - including from a 7th grader whose eyes lit up with excitement when he heard Gareth would have this teacher.
Posted by Erin at 2:41 PM