The second week of July we had Ryan's parents, youngest sister, and a brother arrive in town for a visit (his other brother was already here for an internship). I will admit I was a little worried about it, just because I don't think I've ever cooked for so many people before, plus the logistics of having so many people in our small house. But things worked out fine in the end - as usual I let myself get more stressed than I needed to be.

The first day here we mostly just hung around. People played video games together, and Ryan's dad and I headed out to get supplies needed for a project he wanted to work on (shelves for the boys' bedroom closet, which until now has just been mostly useless empty space). That evening Ryan and his brothers went to a Sounders game.

The next day they headed to the East side to check out Microsoft while I ran various errands with the boys. Gareth made fruit salad for everyone for dinner (though I did help with some fruit cutting just to speed things up a bit, otherwise we would've been eating at midnight).

Then we went for a sail on the Sound. There wasn't as much wind as some would have liked, but it was still a fun experience. We saw some dolphins (or porpoises, I'm not sure it was ever determined exactly which they were), so that was cool. And got to enjoy some lovely views of the city from the water. 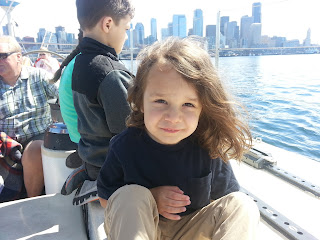 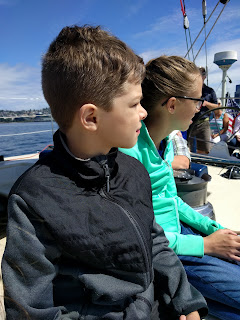 Mal wanted me to take a picture of him, but then insisted on scrunching up his face. 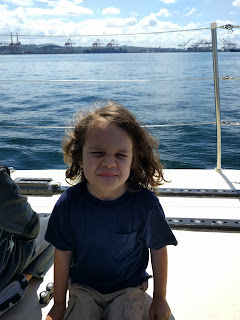 Mal was getting pretty grumpy toward the end of the ride, so the deckhand told the boys they could turn these handles. At first Mal wanted nothing to do with it and kept crying, but eventually he recovered and then was more than happy to play with the boat. 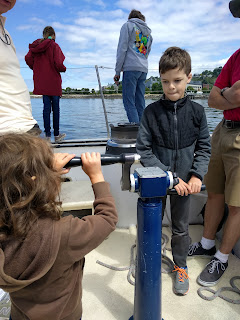 I've ridden past this boat many times on the other side on the bike trail. It's from Singapore. Loading grain into the grain elevator. 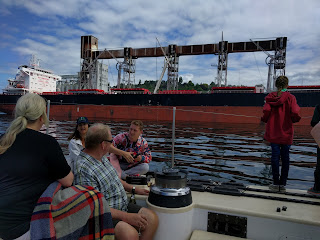 A couple sculptures of Olympic Sculpture Park with the Space Needle in the background. 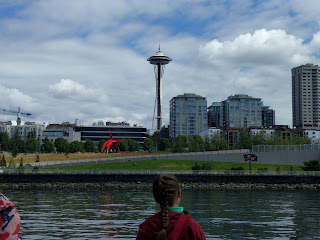 After our sail we headed to lunch on the waterfront and Pike Place Market. We were all exhausted by the time we made it home that evening.

The next day I had a concert at the Ballard Locks. I knew that I'd likely be playing a duet or something similar and had requested that we perform it the week family would be in town. Everyone came and listened to the concert and then we watched the Locks in operation for a bit (Ryan's dad and siblings hadn't seen them before), then headed to the fish ladder and saw the salmon.

Their next-to-last day here I took Ryan's sister and mom and the boys to the Pacific Science Center to see the Lego exhibit as well as the rest of the museum. The Lego exhibit was a big hit with Mal, who asked to go see them again repeatedly (you only get to go through once on your ticket so we'll have to buy more tickets if he wants to see them again). Before we headed to the Legos, the kids checked out some other exhibits.


Then it was off to be impressed by Lego art. 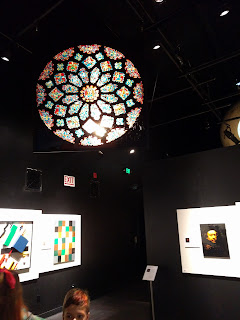 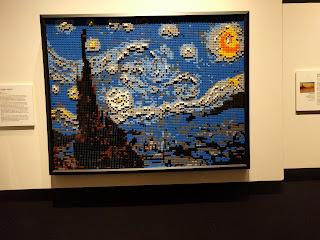 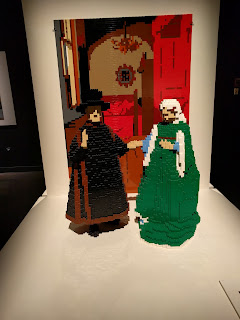 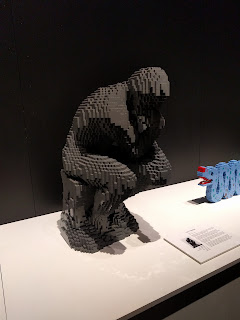 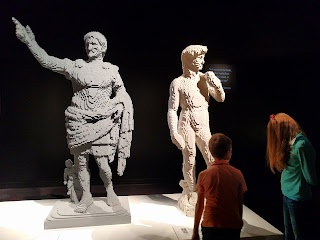 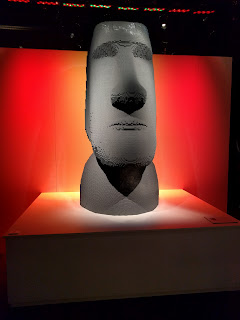 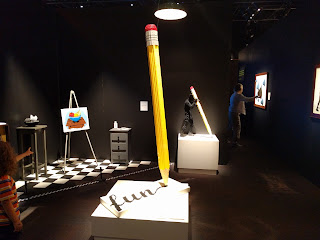 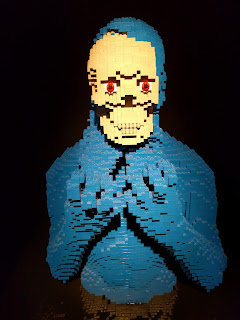 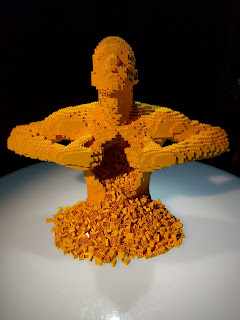 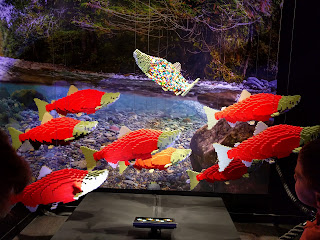 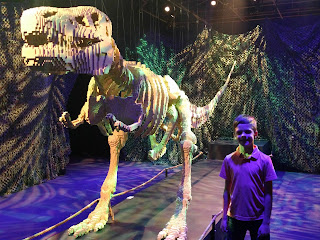 After Legos we checked out all the other exhibits. We got lucky and they were feeding the iguana, boa constrictor, and turtles while we were there. The turtles were big fans of their salads. The snake seemed the least interested in his meal. 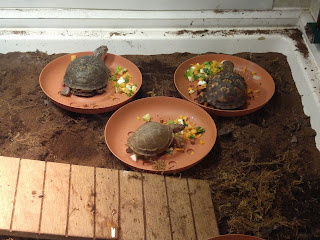 The last day Ryan's dad worked hard to finish up the shelves (he still wants to add pieces to the front of the shelves, but we weren't able to get a table saw while they were here, so he'll finish that up next time they visit). 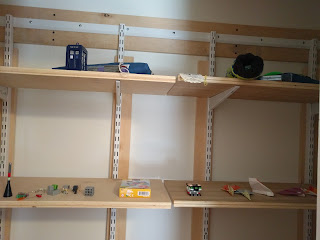 There are four shelves that go across the back length of the closet. Now we'll be able to store the boy's clothes in baskets on the shelves. Maybe a few toys as well. But the toys won't get as much room individually as Gareth has given them in the above picture. We also bought things we can attach as the boys get older so they can hang clothes. Right now they can't be bothered to hang anything, so we figured all shelves was the way to go for the time being.

A very fun visit. It very well might be a couple years before we are able to get together again, just because I'll be so busy with school. The boys had a wonderful time with their grandparents and aunt/uncles. Gareth made sure to get lots of Grandma hugs and Mal loved looking at pictures of his baby cousin and seeing what Grandpa was up to in the garage.
Posted by Erin at 6:43 PM

We have such wonderful memories from our visit! We were comfortable in your home, and the food was delicious. It is great that you have Gareth take a turn preparing a supper meal. He did a good job. I sure miss those sweet boys. Thank you so much for all you did to make our stay there so nice. I'm looking forward to our next visit!