Mal can be a bit hit and miss with loving foods. He'll eat whole cucumbers in one sitting for a few days and then act like they're poison for a month. And that's pretty much across the board with all food. This past week he's been loving tomatoes, so the other day he grabbed one off the counter and started munching away. 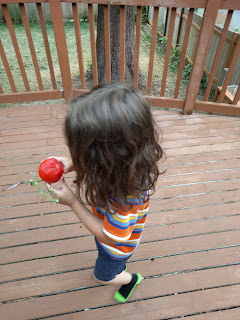 He let me put his hair in a pony tail for the first time ever last night. He was so excited about it and kept asking to look at it in the mirror. Not the neatest ponytail ever, but there was no way he'd sit still for his hair being combed and neatly pulled back. Looked super cute still. 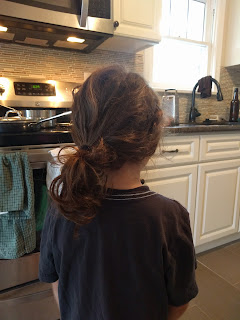 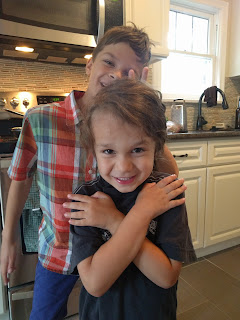 And here's some not totally unusual summer attire for the PNW: 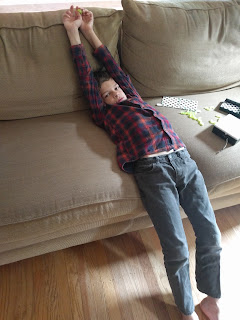 (And a not unusual posture for Gareth while making a request from a grown-up.) While the rest of the country is apparently dealing with heat and humidity, we're sitting comfortably in the 70s. Which evidently calls for pants and flannel.
Posted by Erin at 1:04 PM